150% Cashback Up To ∞
150% cashback for every deposit made on your entire first day. You don’t need to do anything to claim your cashback, it will be credited automatically the next morning.
Play 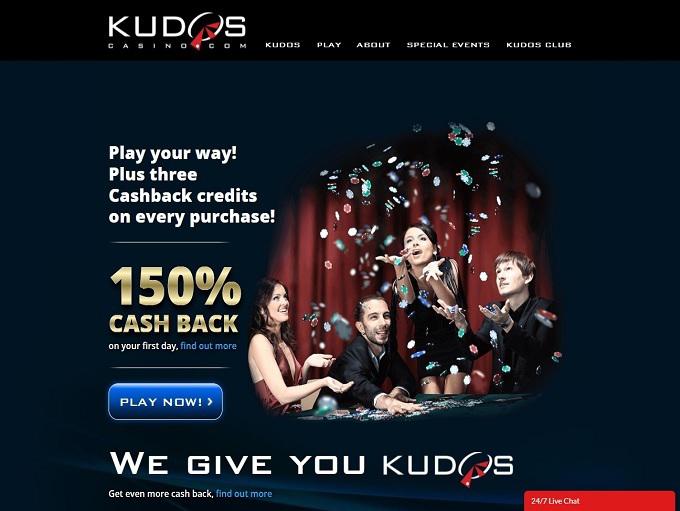 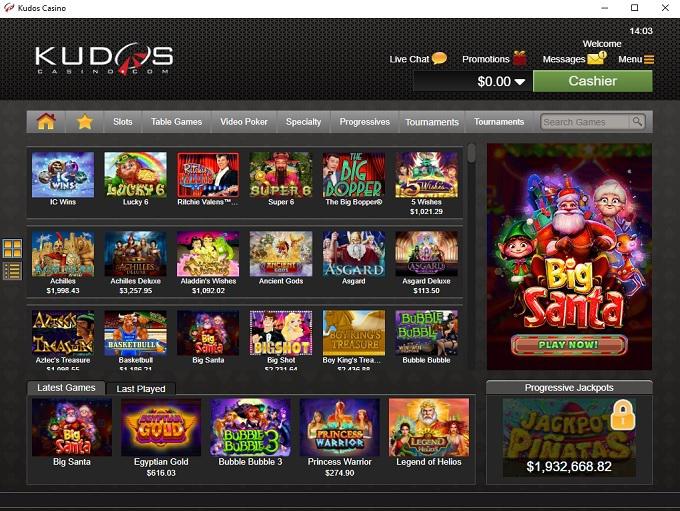 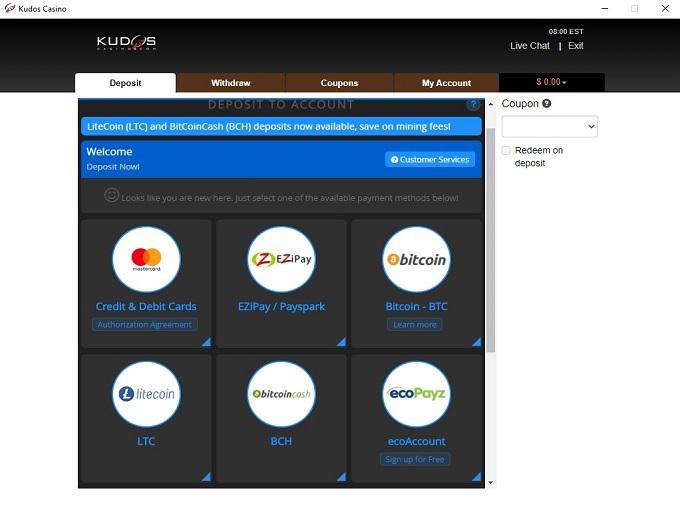 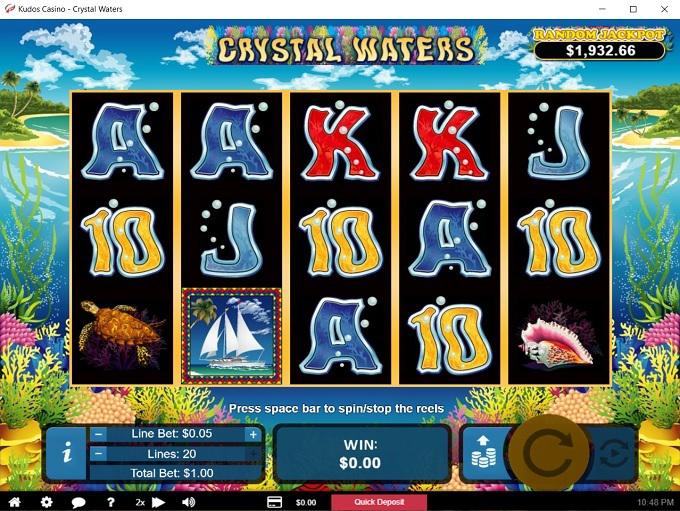 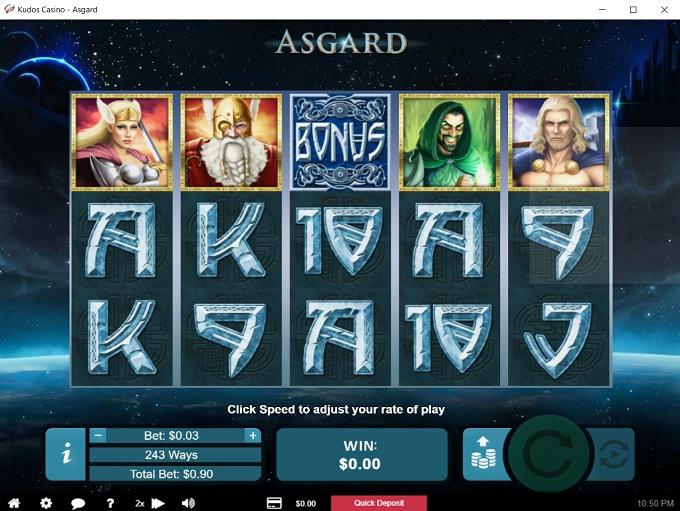 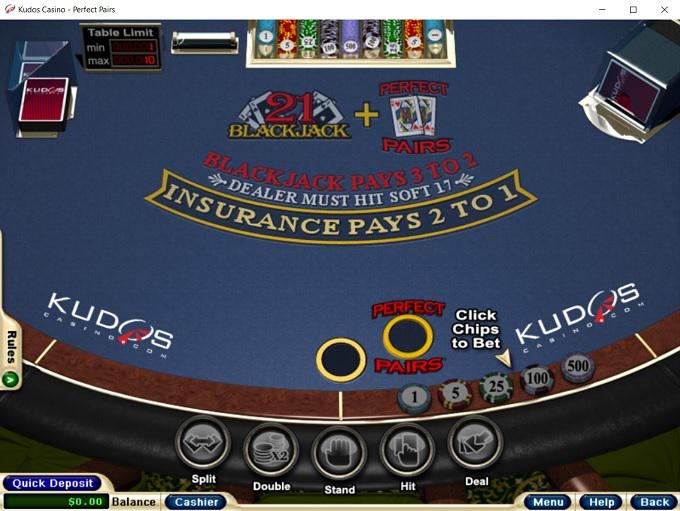 When an online casino has a long history in the business, it gives them a chance to build up a meaningful reputation. However, if you have a site that hasn't been around so long, that doesn't mean that they aren't reputable. Instead, it just means they haven't been given an opportunity to shine. This is the case, to some degree, with Kudos Casino, a site first established in January 2016. They haven't been around quite as long as some of the competition, but with a license in Cyprus and the backing of the iNetBet group, a group that's been running since 1999, it's clear that there are plenty of reasons to trust them. They also accept US players.

The software used at this online casino is powered by Realtime Gaming. Unlike most RTG online casinos, this site does not offer an instant play option. We're not entirely sure why that is, but their downloadable option is available for players who want to get in on the action from their computers. While the downloadable platform has slightly better graphics and faster loading times than the instant play option, it does not work on Mac or Linux computers. Along these lines, players who want to play from these two operating systems should find another RTG-powered casino site to play from.

They also have a mobile option available. This option is very flexible and works no matter if you're using Android, iOS, Windows Phone or BlackBerry. This makes it easy to get in on the action as long as you have a connection, so you can take your play with you on the go with no problem.

The online slot machines available at Kudos Casino are based largely around the Real Series. These games have special features like free spins and wild symbols, many of which win with only one or two of a kind, which increases the hit-rate of the games substantially. They have some 3D slots as well. While some of their older titles do look dated, it's largely because Realtime Gaming has been around since the late 1990s. Their newest games are of a very high quality and are competitive with the best titles in the business in terms of gameplay and aesthetic appeal.

Between 50 and 60 non-slot titles are available here, and this includes all of the classic table games like Baccarat, craps and roulette. Their selection of casino poker and card-based table games is pretty solid as well, and this includes a few versions of blackjack. However, their video poker selection really stands out to the point that they might have more different video poker games than any other individual software provider out there, so it's clear that this site is great for players who enjoy this particular genre. Though they aren't necessarily table games, a number of keno and scratch card titles are also available here.

There are email and live chat options to contact the customer service team at this casino. However, the live chat option is not available 24/7, which is something that will turn off some players. With that having been said, we sent an email to their support team to ask some questions for this review, and we received a reply back after about two and a half hours, so it would seem that they aren't exactly sluggish when it comes to responding via email. While a telephone option or 24/7 live chat would be nice, it's not a major concern for most players, and it won't affect your experience all that much in the long run.

Top credit cards and electronic wallets make up the main offering of banking methods here. MasterCard, Visa, Neteller and Skrill are included in that as well as a few other options. While Kudos Casino hasn't had the time to develop their own reputation for cash outs, the history of their parent company iNetBet would indicate that they can probably be trusted. Their website says that they process cash outs the same day inside of 12-24 hours in most cases, but again, they haven't really had the time to develop a rock-solid reputation along these lines. In any event, it's probably reasonable to trust them with your money between their parent company's reputation and their license in Cyprus.

The thing with Kudos Casino is that they simply don't have the reputation that comes with being in the business for several years. That could be a good thing or a bad thing in the long run, but it seems like it'll be a good thing considering the reputation of the company that operates the casino is so solid. Along these lines, we have no real reservations about recommending this site for players, but just remember that the customer service options are a little limited.