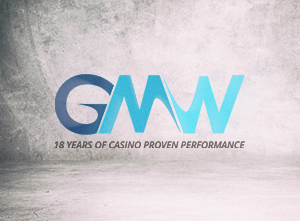 Game Media Works or GMW has been in the online gaming industry since 2002. Though they have produced over 300 slots in this time, their area of expertise is much more varied than just pushing out games. Their platform for running those games is obviously a core part of what they offer, but there’s much more to it from mobile compatibility to native apps and social media games.

Despite being part of the online gaming scene almost from the start of it, the company has remained relatively unknown. Whether or not that will change, they have still managed to create a pretty strong portfolio as well as a network of partners of both online and land-based casinos. To find out more about GMW, keep reading.

A Combination of Two Worlds

Well, at least once upon a time the company operated on two realms, on- and offline gaming. Arguably, both land-based and online gaming has surprisingly become quite similar over the years. There are obvious differences too, but today cabinets can offer pretty much the same gaming experience as online slots, and sometimes you’ll even find the two connected.

These differences further fuel each other, allowing the company to complement both parts with each other’s strengths. Not only when it comes to games and software, but as a company with a presence in all sorts of markets. This has made it rather easy for them to find prestigious partners, such as Habanero, Intervision Gaming, Oryx Gaming and WeAreCasino.

BMM Testlabs is one of the handfuls of major testing companies that operate all across the world. Their reputation makes them one of the cornerstones of trustworthy testers in the world of iGaming. This means that having one of their certificates is an absolute guarantee that the games work in the fashion they are expected to. And so, GMW holding a certificate from GMW means that you don’t have to worry about a thing when playing these games. 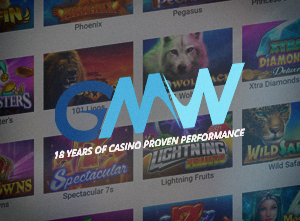 The overall style leans very much on classic slot gaming, there’s no question about that. The themes borrow elements from all over the place, mainly aiming for mythology, fantasy and wealth as the backdrop. Jackpots are quite popular features, and often form a linked progressive setup. Paylines is the main way of calculating wins, with the minimum usually being 20 paylines and maximum of 100 paylines. At times you will run into other options too.

Extra spins is another special feature that you will run into regularly. Graphically the games do stand out, and are quite impressive on smaller screens. Remember that the level of detail has been aimed at much larger screens. There are plenty of animations and effects to enjoy, and the different symbols are generally unique to each individual title. Overall, it’s a very unique selection that you’re offered.