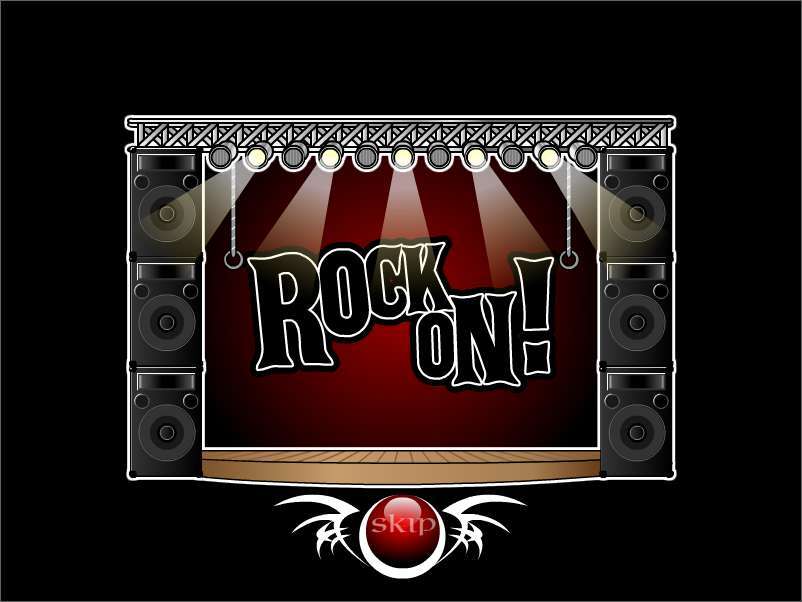 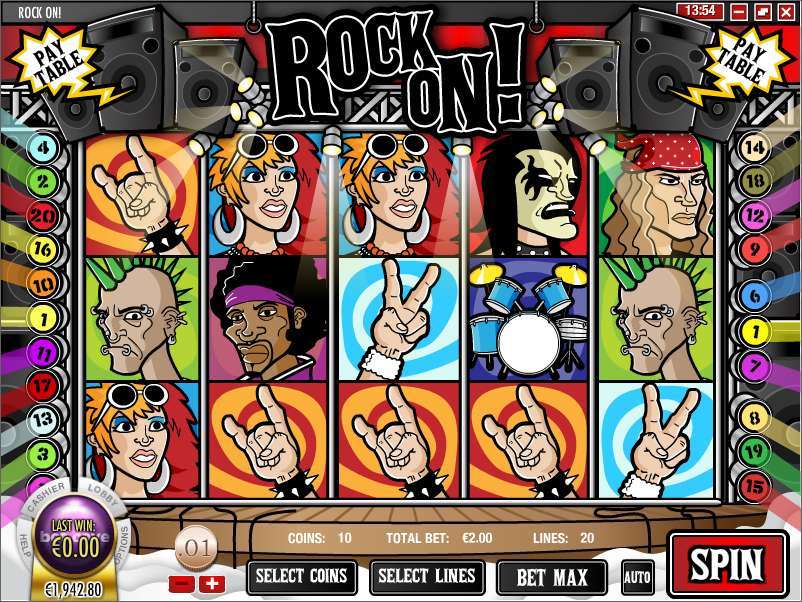 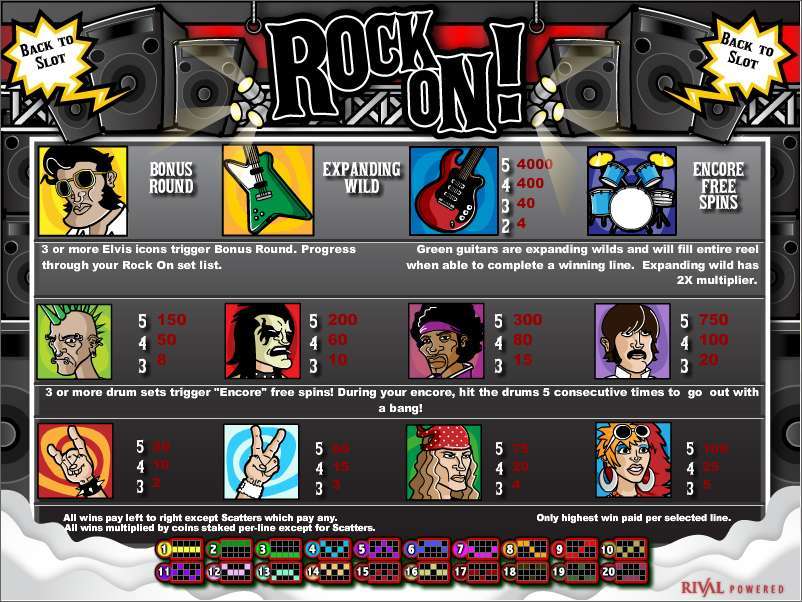 Are you ready to rock? Rival Gaming's reel sensation, Rock On slots. This 5 reel 20 payline i-Slot has the best of big hair, face paint, expanding wilds, free spins, guitar-jammin' bonuses, and a 4,000 coin jackpot! Get down with Jimi Hendrix, John Lennon, Kiss and many others!

Pour some sugar on this Rock On i-Slots; it is fully immersed in hard rock culture. From the famous rock icon symbols to the wonderfully rebellious expanding wilds (you just can't confine them); Rock On slots have the rock star detail down to the backdrop.

While the instrument symbols in the Rock On i-slot game have the most bonus potential, the rock star icons are plentiful and pay out nearly just as often.

These Rock On slot scatters are the reel rock stars. They don't obey conventional paylines, and they payout where ever they please (as long as they have at least 3 in the Rock On band).

Rock On Bonus Round.

It's like Guitar Hero! Well, kind of. Rock On slots bonus feature is best played with a mouse, and not on a laptopunless you're crazy good at the finger play:

The following is the "Set-List" of songs players will play in the Rock On slot Bonus Rounds:

Get ready to rock and roll those Rock On slot reels into some good times! Play Rock On i-Slots today. 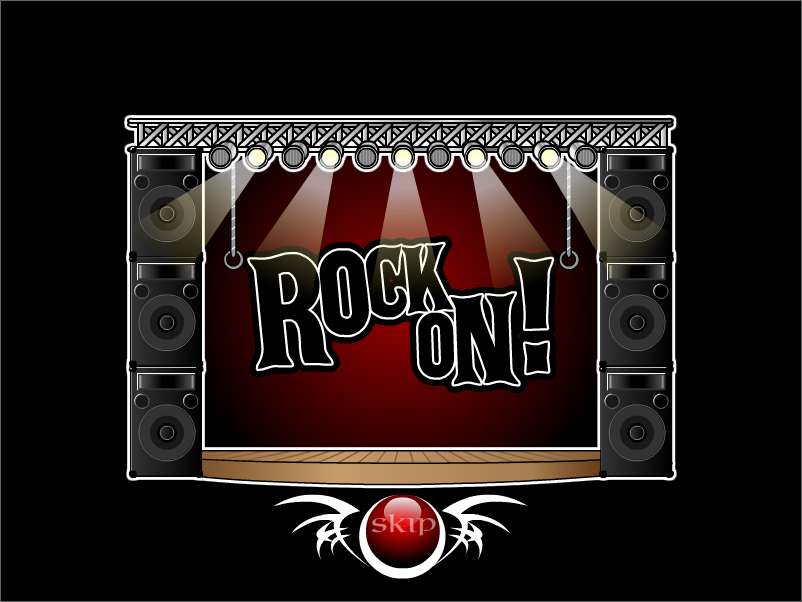