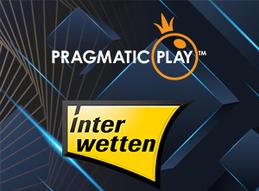 Game and content casino developer, Pragmatic Play, has struck a deal with Austrian heavyweight operator Interwetten that will let the operator go live with their live casino offerings.

The developer is famous for their live casino offerings which are filmed in 4K resolution and feature real professional dealers for maximum fidelity and the best customer experience.

Punters on Interwetten brands will now be able to try out these games which include roulette, poker, baccarat, and other table games.

Mario Bilic, head of product management, CRM and content at Interwetten, commented on the agreement

“Pragmatic Play has a proven track record in the igaming industry, and we are delighted to be one of the first operators to offer its high-quality live casino games.

“Their suite of games is one of the most innovative in the market, and we have every confidence their live casino games will be hugely popular with our players.”

Commenting for Pragmatic, Yossi Barzely, Chief Business Development Officer added that the company is “delighted to have gone live with such a highly-regarded operator.”

“We have been hugely impressed with the company’s work and joining forces with them will consolidate our position as a leading multi-product supplier”, he concluded.

It’s been a very busy quarter for the developer as they have struck various agreements to let them spread out in regulated markets and also obtained several licenses.

August has been a great month for the company…

…as they announced the acquisition of the MGA Recognition Notice from the Malta Gaming Authority. This notice is given to igaming companies who are licensed elsewhere but are considered to be in compliance with Malta’s strict regulations.

The company has also signed deals with Betzest which took on the full range of offerings including games like the recently released Hot Chilli and with Codere in a move that will help them reach the LatAm market.

…means collaboration with one of the largest players in the Spanish speaking markets including Spain in Europe and Argentina, Mexico, Colombia, Uruguay, and Brazil where the operator manages 57,300 gaming machines and many gaming halls and betting locations.

The LatAm market is very attractive to the iGaming industry because of its relatively recent regulation.

The Alluring Mystery of Vampires vs Wolves

The company’s newest offering is a game set during a battle of vampires and werewolves in a foggy and mysterious little town that holds many secrets.

Vampires vs Wolves asks the age-old question, who is stronger and who is cooler? Only punters can answer that question as they choose between two supernatural-flavored extra spin modes that bring with them lots of wilds and multipliers.

Pragmatic is developer of slot games, live casino offerings, and promotional tools for casino operators. It is known for its innovative games and meticulous approach to live casino which entails high-resolution cameras and state-of-the-art studios where real professional dealers give punters the best possible experience.