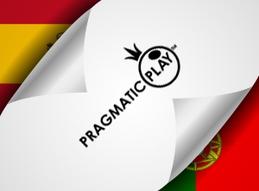 Pragmatic Play announced on Monday that they had secured licenses in both Portugal and the booming Spanish online casino markets.

The company's games have been approved for deployment in the countries by their respective regulators; The Spanish Directorate General for the Regulation of Gambling (DGOJ) and Portuguese Gambling Inspection and Regulation Service (SRIJ).

Yossi Barzely, the Head of Business Development for Pragmatic Play, said: “We’re very proud to have been given the green light in Spain and Portugal as we look to expand worldwide.

“It represents another breakthrough for Pragmatic Play and highlights our commitment to our European expansion in regulated markets."

In August the company expanded into Denmark when their games went live at Vera&John casino. That move followed UK approval in April and the receipt of a license in the country of the Bahamas in May. Pragmatic Play had previously gained entry to markets in Malta and Italy and counts itself among the first recipients of an online gambling license in the newly regulated market of Romania.

To keep up with demand and offer operators and players a continually expanding portfolio the company releases two new gaming titles each month. As of September 2017, there are over 80 games in their book, some dating back to their acquisition of the troubled TopGame provider's assets in 2015. Pragmatic Play slot games support 22 languages and all major currencies. Many of the games can be found at Spartan Slots, however, the games may not be available in all jurisdictions.