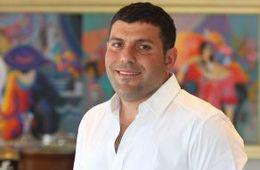 In the online gambling world, Teddy Sagi is a big name when it comes to the business side of things. He has had strong ties with Playtech for a very long time, and he is currently their principle shareholder. Sagi is known for making a lot of major deals in different industries, and his deals so far this year have seen him almost double his net worth. This has shot him up on the list of the most wealthy individuals in Israel, and he is currently in the number six spot on the list.

Doubling up is a term that you see in poker or blackjack that means either doubling the size of your stack of chips or doubling the size of your bet. Teddy Sagi doubled up in a major way by kicking his estimated net worth up to $4.4 billion compared to being around $2.3 billion for the same report in 2014. This represents almost doubling his entire net worth, and it comes from a number of deals that he's made himself.

One notable deal was the purchase of Camden Markets in the United Kingdom. This type of investment strategy has helped to keep him strong for several years, and he shows no sign of slowing down at any point. In fact, he's pointed out on multiple instances that Playtech is always looking for acquisitions that would help them with their overall growth strategy, which is focused more on the breadth of service than most other online gambling companies.

Something that's really important to point out with this is the strength of Playtech. They've been around since the late 1990s as one of the very first online casino software providers, but they've expanded to offer services for several different types of online gambling. This includes bingo, sports, poker and plenty of other options in addition to their casino offering.

While they've received criticism for not being as in-depth with some of their options as some people believe they should be, their position as one of the most valuable software companies in the industry speaks for itself. As for Sagi, chances are that he doesn't take the criticism too seriously considering the overwhelming success of the company across multiple decades.