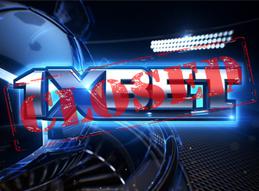 Russia-based casino and sportsbook operator has shuttered its United Kingdom facing site on August 9th after an investigation by the Sunday Times and a regulatory probe into the actions of the company.

1xBet is one of the largest iGaming presences in the CIS regions but operates in other markets as well. In the UK, they had been working with white-label platform provider, FSB Tech.

However, since last Friday, punters visiting the online casino site were treated to a message saying, “this site is currently not available” with an email address listed for queries.

On August 10th, the Sunday Times published an article titled, “Premier League clubs accused over links with a betting firm,” which details…

…how the site skirted regulations and engaged in behavior that is prohibited for UKCG-licensed operators.

In the article, staff writers reported that English Premier League clubs Chelsea, Liverpool, and Tottenham Hotspur have been “whitewashing the reputation of the world’s most controversial betting firm.”

…the company has broken such rules as allowing betting on under-19 athletic competitions and betting on cockfighting streams.

They have also placed advertising on video file-sharing sites which has been prohibited under UKGC regulations since 2016.

But the company’s biggest misstep…

The advertising for this site included cartoon female nudity that linked back to the operator’s UK site.

Representatives of the company, which has recently launched a new VIP baccarat live table, have commented on these accusations when interviewed for the Times piece and said that they are most likely the result of “third-party networks or partners.”

The company pledged to immediately check why its ads were showing up on prohibited sites.

The casino operator started out in Russia but has since became licensed in Curacao and launched international operations in Cyprus.

The public profile of the site was boosted by partnerships with football clubs such as Chelsea and Liverpool, but these deals seem to be in serious jeopardy now.

The recent kerfuffle is happening against a backdrop of increased regulatory pressure not just in the UK but in other countries such as the Netherlands which are beginning to regulate the iGaming portion of the gambling market.

The media is looking at the igaming industry more intensely too.

In the UK, BBC’s Panorama program reported that the number of complaints against operators increased by 5000% in the last five years from just 169 in 2013 to a staggering 8266 in 2018.

The program’s detailed look into the gambling scene…

…also dealt with problem gambling, citing one case, Amanda, who lost over 600,000 GBP over the course of several years.

It’s a politically touchy situation with the maximum stakes for fixed-odds betting terminals being slashed from 100GBP to 2GBP this last April.