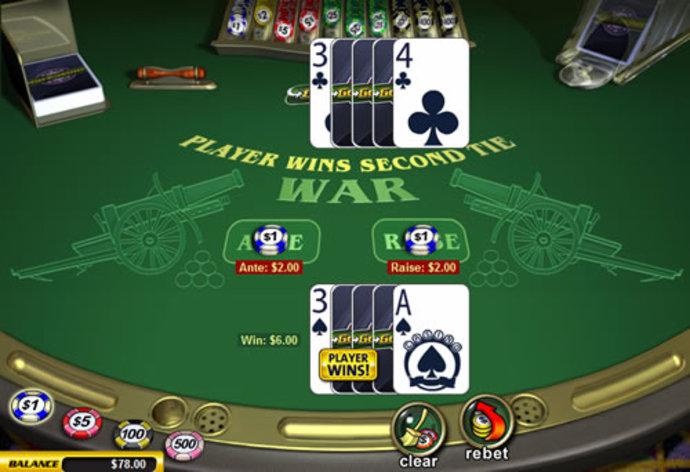 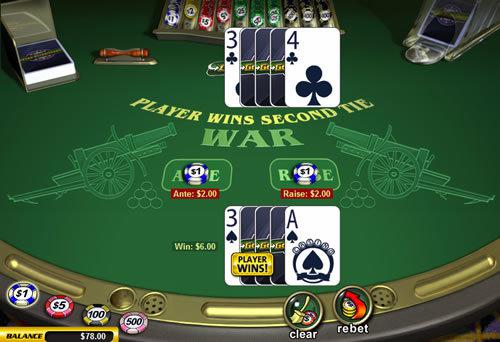 Casino War is you playing against the Dealer and both of you are dealt one card each. You win if your card is higher than the Dealer's. It's War! In online War you have the option to raise your original bet if you tie the dealer for a "War" showdown.

Playing War, if your card and the dealer card are the same, you have two choices:

Casino War online is one game I didn't have to read the rules to figure out how to play. It's the same game I played when I was young. It doesn't take any thought, just a lot of luck!