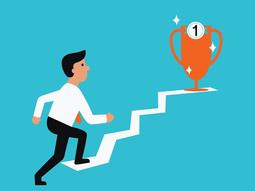 During the month of October, four online casinos are coming together to offer a major slots promotion. The Halloween Slots Special Fest at Winward Casino, 7 Spins, 21 Dukes and Rich Casino will give you a chance to earn tournament points through your real money play, which can then be used to pick up a piece of a prize pool worth hundreds of thousands of dollars. The way this works is that you'll earn one tournament point for every $1 total that you wager on Topgame-powered titles like Grave Gabbers, Witches Cauldron, Graveyard Shift, Diablo 13 and Transylvania.

What really makes this promotion stand out is that there's no minimum bet size at all. If you play for even just $0.10 per spin, every ten spins will get you a tournament point. Likewise, you could play for $5 per spin and earn five tournament points per spin. This event is set up to be based on total wagers, and that helps it to be as fair as possible for players.

In the online casino world, some major tournaments have come forward in the past few months, but when the holiday season rolls around, things really heat up in the competitive arena. You can expect more tournaments to start happening at a faster pace in the industry as a whole over the next few months, but what you shouldn't expect is a prize pool larger than this. This could very well be the largest prize selection that we see for a promotion during the entire holiday season, so with Halloween coming up, you should see if you can get a holiday treat for your bankroll while you play some of the top games powered by these four online casinos and Topgame.