NetEnt Gets into Halloween Spirit with Horror-Themed Slot: The Wolf’s Bane 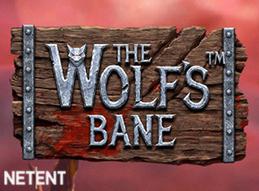 It’s going to be Halloween soon and all the software developers are capitalizing on the creepiest of holidays by releasing appropriately themed games.

NetEnt is joining in with their newest release, The Wolf’s Bane. It is a 5x3 slot with 10 paylines and features like extra spins and a pick and click bonus, the company hopes to frighten and delight punters at all casinos where their games are played.

Bryan Upton, NetEnt Director of Games, commented on the release

“The Wolf’s Bane is a beautifully designed slot that will make your hair stand on end. Its launch has been timed to coincide with Halloween but it’s a game with a classic theme that we expect to have great longevity and wide appeal thanks to its proven game mechanics.”

The game is set in a ravaged 18th century village, and the atmosphere only gets scarier and more oppressive from there because there is also a bright red blood Moon which illuminates the reels and brings with itself a host of scary entities.

Creepy nurses, nightmarish clairvoyants, gravediggers, and scary soldiers will haunt the reels and the punters’ dreams.

Of course, the game is not just themes and unsettling graphics as it’s filled with interesting and engaging features which are a must because many other developers, such as Microgaming with their, A Dark Matter offering, are also racing to put out the best Halloween-themed game.

The main feature is the extra spins mode which is activated when three blood moon scatters appear on the reels. They will award 10 spins if there’s just three, or 20 and 30 for 4 and 5 moons respectively.

Once the mode is engaged, one of four types of wilds will be selected and active in the mode. There are regular wilds which just substitute symbols but there are also expanding x2 multiplier, and spreading wilds.

The expanding wild will expand to cover the reels, the x2 multiplier will increase any wins it’s a part of, and the spreading wild will spread to neighboring reels increasing the chances of a winning combination forming.

There is also an overlay wild which randomly appears on reels 1 to 3 on every spin and will act the same as the currently active wild symbol.

…because there is also a pick-and-click feature activated by the bonus symbol. The players will then be able to click on one of the bonus symbols to reveal a coin win. Only one award is given per bonus mode activation and coin wins range from x5 to a whole x50 of the current bet.

NetEnt is a leading provider of games and other casino software to the world’s operators and the wider iGaming industry. Their portfolio has more than 200 thrilling games in different themes and genres and their gaming systems have handled more than 44.7 billion gambling transactions in 2018 alone.

The most recent release from the company was the Asian-themed Sweety Honey Fruity slot.