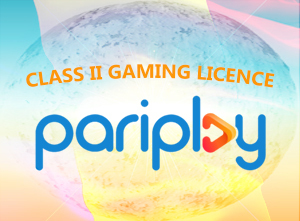 Pariplay, the gaming technology company which supplies online operators, land-based casinos and lotteries, has announced that it has acquired a Class II gaming license from the Romanian National Gambling Office.

This license will enable the company to roll out its diverse portfolio of games to operators in the Eastern European country.

…from video slots to scratch cards and casino table games.

The strengthening of Pariplay’s European reach will let Romanian punters experience some of the suppliers latest and greatest games like Dragons of the North, Gold’orado and Jack in the Box.

The developer is currently trying to establish a leadership position in the European markets by expanding into other regulated markets around the continent such as Sweden, Italy, and Bulgaria.

Slated for further conquest are…

…the markets in Portugal, Denmark, and Switzerland.

“Acquiring the Romanian gaming license is another key milestone in Pariplay’s overall growth. With Pariplay FUSION™, which offers seamless and simple integration, we’re able to equip our partners with edgy products and enhanced features to elevate players’ gaming experiences. We already have several key Romanian operators lined up for our custom-tailored aggregation services.”

The market expansion is good news for the developer’s new owners Aspire Global. As a reminder, the B2B iGaming provider has closed a deal earlier this month to purchase Pariplay for 13.1 million euros.

The agreement is set to take place in the third quarter of 2019 with a positive impact on the developer’s bottom line expected to come in early 2020.

During all the news about sales, market expansion, and partnerships, the company did not neglect to also release some new games.

Newest on the release schedule is King of the Trident, a new video slot released just last week.

Taking players into the azure blue waters of the ocean it’s the perfect way to cool down in the sweltering heat of July.

Punters will immerse themselves into the fantastical deeps to find surprising and exciting features like the Giant ReSpin which merges multiple reels into a huge one to offer the chance of big wins.

A leading provider of Internet gaming solutions, which offers state-of-the-art, in-house developed gaming platforms and games as well as third party offerings from leading studios in the industry.

Founded in 2010, Pariplay is a 70 strong team with offices in Tel Aviv, Sofia, Gibraltar, India, and the Isle of Man.

It is also committed to responsible gaming and has implemented policies and tools within its systems to provide entertainment in a socially responsible fashion.