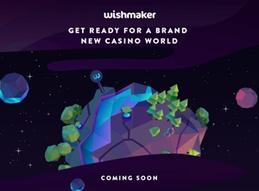 Gaming Innovation Group (GiG) has just announced that they will be launching a new casino powered by the iGaming Cloud sometime this year. The ink is still fresh on the Wishmaker Casino deal so no timeline has been established yet.  For readers unfamiliar with the iGaming Cloud, it is one of five verticles the Oslo Stock Exchange-traded company (OSL:GIG) operates. The gaming platform is proving to be one of the most robust and reliable systems on the market and powers casinos such as Rizk, Guts, and Thrills to name a few of more than 3 dozen properties using the platform.

Like most of their properties, whether business to customer (B2C) or business to business (B2B) players can expect to find games from as many as 20 separate developers including Microgaming, NetEnt, Yggdrasil, Rabcat, Quickspin, and Thunderkick along with NextGen branded titles. Look for an Evolution Gaming live casino suite too!

In November we reported that GiG is fully underway with the development of their own game studio as well. GiG Games will provide slot titles to their network of B2B and B2B clients as well as license other operators on a revenue sharing model. Along with the game development, the company plans to launch an aggregator service making all of GiGs 3rd party games available to operators. The first three GiG Games titles are set to be released in the third quarter of 2018, so we're looking to find them at Wishmaker.

In addition to the iGaming Cloud platform and the nascent GiG Games the company also operates in three other business areas; commercial casinos such as Guts, lead generation through Gig Media, and sports betting solutions via their BettingCloud platform.