Former NetEnt and LeoVegas Executives to Launch LetsBet in 2018 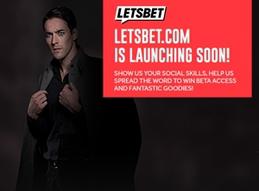 Michael Pedersen and  Stefan Lind are launching a new online casino in the early part of next year called LetsBet. Pedersen is the former Regional Business Manager for Scandinavia at NetEnt and Lind formerly headed up operations at LeoVegas AB. The property will focus on gamification, social engagement and live streaming games.

"We believe the new frontier in online real-money casino is a mash-up of live streaming, social features and gamification," says CEO & Co-founder of Letsbet.com Michael Pedersen.

Researched More Than a Year for Concept

The founding partners spent over a year researching existing online casino offerings in order to come up with a proposition that would differentiate LetsBet from all of the other sites out there, mostly offering the same games and little else. They believe a new breed of online casinos is on the way and they plan to get out ahead of the curve offering the same sort of social interaction players find at land-based casinos while implementing virtual currency real money games.

CMO & Co-founder, Stefan Lind speaks of how few people will sit down at an empty blackjack table at a land casino, and says that while many players may not want to talk directly to other players they still like to interact with staff and enjoy the indirect presence of others in the game. "That’s what we are trying to replicate using the latest technology."

Casino hosts will present daily live broadcasts using state of the art live streaming technology and players will be able to use an instant messenger feature to add friends, chat, and create groups if they want to. The founders hope the new concept will help casino staff build closer relationships with players as well as increase conversions and customer retention.

The casino and gamification concept is structured on a secret agent theme. Players will start out as "new recruits" and complete assignments and missions to move up the ranks.

Together Gaming of Malta is supplying the platform for the casino. They are perhaps better known as the BetHard Group. The company plans to focus on the Nordic region first and grow from there. Game suppliers will include NetEnt, Yggdrasil, Microgaming, Play'n GO, and Quickspin to name a few.