Cryptoslots Online Casino to Launch in May 2018 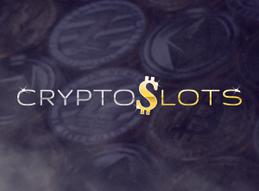 For the past few years, there has been a lot of buzz around bitcoin and its potential for being used as an online casino payment method. That's exactly what the upcoming CryptoSlots online casino is all about. They are looking to be a cryptocurrency-exclusive option powered by Slotland Entertainment, and it's looking like they'll have a lot of interesting features mixed in with what they offer as a part of this. Their launch is expected in May 2018.

The first thing to note is that they are only going to have the most popular cryptocurrency options available for payments. This includes bitcoin, bitcoin cash and litecoin, but they're open to adding other options in the future since there's not that much overhead involved with adding extra cryptocurrencies because of the way the technology works. This low-cost, super flexible technology is a big part of the reason why bitcoin and its derivative coins have been looked at so favorably for quite a while in the industry as a whole.

There's a central jackpot being advertised for this casino that's going to be worth seven figures. The way it works is that you'll collect tokens through your play as a part of a promotional feature, and then you can use those tokens to play the exclusive Jackpot Trigger. This game puts you in a position to win this massive prize, and it's a style of promotion that we haven't really seen before on a regular basis from any online casino out there in a very long time. It's definitely a refreshing approach to say the least.

Something else that they're claiming is that all games will be provably fair thanks to their smart usage of blockchain technology. This is an interesting piece of the whole situation because of the way the technology itself works, and it provides players some peace of mind in what is definitely an element of the industry that is pushing some boundaries. We're very interested to see how this casino is received, and it's definitely a direction that other operators could follow in later down the line, especially with bitcoin and other cryptocurrencies getting so much attention in the past six months for big gains in its value.