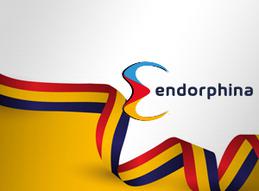 Endorphina is one of the leading iGaming suppliers, known for delivering engaging and creative content. It is influential in several markets, and now has one more under its belt. With license approved by the Romanian regulator ONJN, the provider can now present its interesting games to the players of this jurisdiction and showcase its wealthy portfolio to a new spectrum of potential clients.

By fulfilling all the requirements of the Romanian authority...

… the brand has got yet another confirmation of the high quality of its gaming products. Not only that, but the provider’s suite of releases has been extensively tested by GLI for this particular market.

Obtaining the Romanian iGaming license means that the local operators will be able to expand their offerings with some top-notch releases by the provider. Some of those hit games are 2020 Hit Slot, Cash Tank, and Book of Santa amongst many others.

As stated in the official announcement...

… the brand “can’t wait to bring the Romanian players a dose of some real endorphins.”

Jan Urbane, CEO of Endorphina said that this is a big milestone for the company:

“I am proud of the whole Endorphina team. It is with great pleasure that I can announce that we are in fact licensed in the Romanian market. After acquiring the MGA license, this is another milestone for us.
We continue to comply with the international legislative standards that are required from our product and at the same time, we are keeping games fun and engaging for the players.”

With this approval by the ONJN, the brand is joining the range of esteemed online software providers already present in this market. Spearhead Studios is also among providers that have been recently licensed by the same regulator, so the developer is facing fierce competition.

Besides getting the new license, the company has been quite busy making new partnerships. A successful deal was signed in August with Universal Soft, one of the most prestigious and well-known companies operating in the Latin American market. Although the operator is focused mainly on horse racing and betting, adding the games from Endorphina’s portfolio has helped the provider to extend its influence in this market.

Just a month before...

… the studio partnered up with E-Play24. As one of the most robust and top-performing platforms in the Italian market, this collaboration gave the developer an excellent opportunity to gain even wider visibility and widen its audience.

It seems like July was a very busy and successful month for the brand. Bedsides tying the knot with E-Play24, the provider has also made several deals with:

While the summer brought the unstoppable expansion of the developer’s reach trough these many partnerships, breach to the Romanian iGaming market is the biggest milestone for the company in this period.