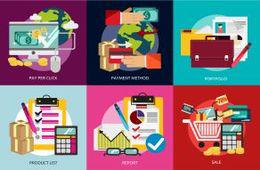 Payments are a big part of what makes an online casino or other type of online gambling site reliable, and William Hill has taken a step to make their cash outs even easier with their new priority access card. The way this pre-paid Mastercard works is that it links directly to a player's account to provide immediate access to funds through the card. Players can use this card normally like they would any other pre-paid credit card to have the funds deducted from their William Hill balance.

One of the issues that some players have had with William Hill is that their cash outs typically take at least three to five business days to give players access to their funds. This is largely outside of their control because they can only control how long it takes them to process the withdrawal, and they cannot control how long it takes credit card companies or electronic wallets to process and free up the funds. With the new priority access card, they bypass all of these issues to give players direct access to their funds.

Previous Examples of This Idea

A number of electronic wallets have tried this idea before including PayPal, Click2Pay and others. With Click2Pay in particular, they offered a similar card for access to your account as a primary way to retrieve funds for US players around 2006-2009 or so. This card gave players a lot of problems with high fees and other access issues before it was scraped for a new program later on and Click2Pay largely left the US market. The concept has been improved on since then, and William Hill is taking advantage.

William Hill Online is an extension of their land-based business that goes back about eight decades. They are one of the oldest gambling brands in the world, and they've brought all of that experience to the online arena in a major way. This new priority access card option for withdrawals shows that they're serious about staying on the cutting edge when it comes to giving players options, and this could be a big step forward for an industry that's often been at the mercy of payment processors as a chokepoint in their entire operation.