What is the Internet Gambling Amendment Bill? 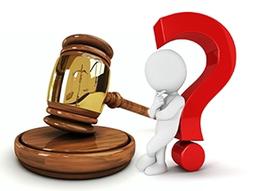 All legal online casino gambling and real money poker play will soon become a thing of the past for Australians. On August 9 the Senate passed The Interactive Gambling Amendment Bill 2016. The writing had been on the wall since the bill was introduced on the floor of the House of Representatives of the Australian Federal Parliament on November 10, 2016. The bill amended the Interactive Gambling Act 2001 (IGA).

Where did the IGA Amendment Bill Come From?

Federal Minister for Human Services, Alan Tudge introduced the bill following a 2015 report by Barry O'Farrell known as the Review of Illegal Offshore Wagering. The bill contained the government's responses to recommendations made in the report. In a nutshell, the IGA Amendment Bill brings clarity to "gray areas" of the 2001 IGA and gives the Australian Communications and Media Authority (ACMA) more power to enforce those provisions.

Poker players and providers had hoped until the final hours that an amended version, specifically legalizing poker as a game of skill, would become the law of the land. Unfortunately, the work of the Australian Online Poker Alliance was made moot with a compromise still being considered by MPs when the bill was finally passed.

When does the bill come into effect?

The new legislation will take effect on 11 September 2017.

Any Penalties for Players?

The law doesn't address Australian players specifically in regard to criminal activity. However, online gambling providers can face stiff civil and criminal penalties under the new law. No publically traded online providers have plans to remain in the market after September 1. Players cannot be prosecuted for accessing offshore casino or poker sites, but providers could face penalties as high as $5 million per day for every day violations occur. Brands like PokerStars will no longer serve the market after September 1.

The government has long held that online casinos and poker sites were operating in contravention of the law. The bill removes any ambiguity in that regard leaving no doubt in operators' minds that they will be prosecuted if they continue to offer services.

One online poker provider with good reputation stepped in to fill the void left by the pullout of sites like 888poker.com and PokerStars. In early July Ignition Poker announced that they would be entering the Australian market. Their current player base of about 2,000 American players could expand exponentially with Australians coming onboard a tried and true site that already ignores similar laws in the U.S. Ignition Poker is integrated into Ignition Casino.

Ignition was licensed by the Kahnawake Gaming Commission until a data center operator there found themselves in a conflict with the New Jersey Division of Gaming Enforcement and the amicable solution was that the Mohawks decided to no longer license US facing casinos or poker sites.

While the bill makes it clear that companies licensed under the laws of an Australian State or Territory are free to provide online casino games and poker rooms to "persons present in Australia" - it is also true that gambling regulators in Australia don't currently offer online casino or poker licenses. The result is that there will be no legally operating online casinos or poker sites in the country until and unless the Australian State or Territory regulators decide to establish regulatory frameworks, taxation schemes, player protection protocols and more.

The previous law, the Interactive Gambling Act 2001 (IGA) was created after an online gambling boom began in the late 1990's. Some of the law's language was not precise enough to ban offshore casinos and poker sites. In 2011 the IGA underwent review by the Department of Broadband, Communications and the Digital Economy (DBCDE). The DBCDE released a report in 2013 that called for the implementation of a 5-year pilot project that would have seen online poker sites licensed. The federal government said they would not pursue any recommendations in the report until States and Territories developed a national standard for consumer protection and harm minimization.

The Road to Hell is Paved

While gambling antagonists in parliament may have good intentions, prohibition has been proven a poor form of regulation in the past. The U.S. saw the birth of organized crime and mobster rule when the country banned alcohol consumption in 1919 under the Volstead Act and the proliferation of unregulated underground online casinos after the Unlawful Internet Gambling Enforcement Act of 2006 (UIGEA).

Australians will play poker, and they will gamble at casinos online - there is nothing in the law to prevent them from doing so. And while some unregulated online casinos and poker sites operate in a market economy of supply and demand for quality services, others enjoy the "untouchable" aspect of operating in the shadows with no government oversight. So while the government may have intended to put a stop to citizens funding crime syndicates that some offshore operators are purportedly associated with - they most likely have done quite the opposite.

Some of the good to come of the bill such as prohibiting "payday lenders" from funding problem gamblers and putting a halt to certain in-play sports betting services could have been accomplished without driving poker and casinos players underground.

For now, and it could be several years before authorities offer online licenses, players will need to gamble not only on games but the ability to be paid when they win. It is likely that more Australians will be posting on poker forums and online casino player advocate sites if they haven't done their homework well - a job many believe to be the province of the government.

According to the ACMA website, The IGA reforms include: