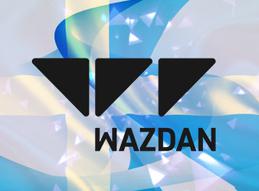 Casino games software developer, Wazdan, has announced the confirmation of their Swedish certification which will enable them to offer their games through Swedish operators.

Confirmed this month, the developer is now fully certified for the Swedish market and their games have gone live through partners such as Kindred, Mr Green, Hero Gaming, and others.

The Swedish Gambling Authority has only recently begun to accept license applications under a new law passed earlier this year.

It’s part of an initiative to open up the gaming market and let the private sector in. Before the law came to pass, Sweden’s gambling market was state-controlled and the country has come under fire by the EU with criticism of the state’s monopoly position.

Swedish players were able to enjoy online casinos for quite some time under EU law. However, since 2018 Sweden has decided to follow Denmark’s lead and end the monopoly by opening up the market.

…but players will benefit too from better regulations and consumer protection.

Andrzej Hyla, Head of Sales at Wazdan, has commented:

“We are excited to announce our Swedish certification, which allows us to strengthen our position in the Swedish market and expand the reach of our games through our existing operators. The Swedish certification opens up doors for our team to increase what we offer our partners, and also to develop new relationships with operators to bring Wazdan high-quality games to the Swedish players,”

Taking Players on an Enchanted Journey:

One game Swedish players will soon get to enjoy alongside with punters around the world is Larry the Leprechaun, a new offering from the studio featuring a cheery theme, rich high-quality graphics and entertaining special features.

Starring a mischievous green leprechaun, the game invites players to chase the pot at the end of the rainbow.

…no paylines at all! This is because winning combinations are made by symbols in any position as long as they are on adjacent reels.

"Larry the Leprechaun is one of many games recently released by Wazdan and one which we are extremely proud of. Bundled into this enchanted slot game are first-class graphics, rich player experiences and the full force of our Unique Wazdan Features. We anticipate Larry the Leprechaun to quickly establish itself as a favorite amongst players and operators alike,", added Andrzej Hyla on behalf of Wazdan.

Wazdan was founded in 2010 by a team of people passionate about gaming. Since then, they have created games and casino platforms with a focus on HTML5 experiences from 2015 onwards.

In 2019 they have been expanding into new markets by obtaining licenses and unveiled several promising slot titles.

“WAZDAN TAKES PLAYERS ON AN ENCHANTED JOURNEY WITH THEIR NEW GAME, LARRY THE LEPRECHAUN”. Wazdan. July 17, 2019.