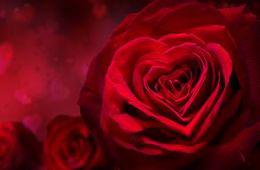 Bodog Casino is known for having a ton of different games from a variety of software providers. This wide range of titles on multiple platforms (desktop, mobile and instant play) has been one of the key factors in their huge popularity. They've recently added yet another title, this time to their mobile platform, and this new game is The Final Rose by Genesis Gaming. This game follows a bunch of men who are gunning for the hand of the focus of the game, the bachelorette.

About This New Game

The Final Rose uses five reels, three rows and 25 paylines. The theme has been formed perfectly with great visuals and a set of features that make sense for the concept, and this helps to greatly boost the overall value of the experience that players get. The champagne flute is a scatter, and three or more will give you a shot at a set of free spins. The bachelorette herself is the wild in this game, and the scattered champagne flute symbol is the only symbol in the game that it doesn't substitute for.

Something that really helps to drive the action in this game, and a feature that you don't see very often in the greater online casino world, is a random multiplier added before each spin begins. If you see a number of pink hearts bouncing around at the beginning of a spin, then you've been hit with a multiplier. These can also give you immediate free spins at random, so they give you value in two different ways. This is a key feature that helps to form a lot of the action, and it helps this title to have tremendous gameplay overall that players will want to keep coming back to.

Bodog is a name that we've seen for a long time in the online casino world, and the release of The Final Rose by Genesis Gaming on their mobile platform is a good example of how they're continuing to build and expand instead of resting on their laurels. That's the smart strategy, and their continued dedication to growth is one of the reasons why they will remain a key brand in the industry for years to come.