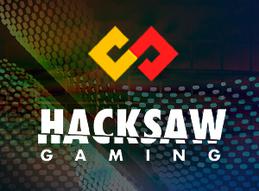 Game aggregator and casino content supplier, SoftSwiss, has announced a new partnership with Hacksaw Gaming that will see the offerings from this up-and-coming developer added to their vast content platform.

The developer is known for its innovative and fun scratch-card games which will be a fine addition to the content platform as this type of game has a high retention and engagement rate.

The developer is a relatively new presence on the iGaming scene, having been established in 2018 in Malta and Stockholm.

According to the press release they have a goal to “reinvent the classic scratch cards” and to achieve that “they apply supreme animation and user-friendly interface.”

The technology underpinning the games is built with a mobile-first design philosophy to create experiences which are faster and more user-friendly when compared to traditional scratch-off offerings. The titles are also available on desktop.

The SoftSwiss catalog will become richer…

More games are on the way for Q4 according to the press release announcing this partnership and the content aggregator is stressing the usefulness of scratch games for casino branding, player retention and the ease of using them for promotional giveaways.

The content aggregator has been busy in recent months with many partnerships announced to grow their selection of games and their market footprint.

In July, the company partnered up with Pragmatic Play, the developer famous for high-quality slot games and top-of-the-line live casino products filmed in 4K resolution and featuring real professional dealers.

…the content distribution company will be able to offer these highly engaging products to their casino operator clients.

Another partnership was struck in August with the content distribution giant Relax Gaming to bring over their catalog to the SoftSwiss thus massively growing as Relax is known for the size of their selection they achieved through the “Powered by” and “Silver Bullet” programs.

…a deal was inked with the iGaming giant, Playtech, to incorporate over 140 of the vendor’s titles and make them immediately available to partners.

Hacksaw was founded in September 2018 to rethink classic products that are currently on the market. The technology and design are built with users in mind focusing on a “mobile-first” approach.

A tightly-knit team of experienced game designers, developers, and entrepreneurs located in Malta and Stockholm.

SoftSwiss offers content and various solutions to the igaming industry. They were founded in 2008 with the original goal to develop online auctions but have since pivoted to content distribution for the gambling industry. They are known for offering software with easy configuration and flexibility.

“SoftSwiss Game Aggregator to be complemented with scratch cards and more from Hacksaw Gaming”. SoftSwiss. August 2019.