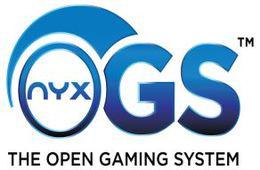 Over the past 18 months, we've seen NYX Gaming really start to push forward when it comes to making big deals with companies and expanding the reach of their OGS platform. This is their content distribution platform that is the main point of their expansion, and they've signed deals with tons of different operators in that time. Their latest signing is for LeoVegas, a mobile games operator that has been getting a lot of attention lately on their own.

Realistic Games has a set of games they refer to as ReGaL, and they were recently added to the OGS platform that the NYX Gaming Group offers. LeoVegas is going to be the first operator to get those games throught he OGS platform, and it includes several slots along with blackjack and roulette titles. This is interesting in itself because the mobile platform tends to be virtually reserved for slots at this point, and it's good to see the parties involved making sure that they cover classic casino titles as well.

Including table games for LeoVegas is a big point because they're all about appealing to as wide of an audience as possible, even though they run a mobile casino. They've done this by being forward-thinking and considering where the industry and mobile devices are now and where they'll be in the future. This means that tons of players with tons of different kinds of devices can get in on the action at LeoVegas without a problem, and the ReGaL titles from Realistic Games fits into this vision. This is why the inclusion of table games is so important, but it's also why these titles being accepted for LeoVegas is a big vote for confidence in those titles.

LeoVegas has only been around since 2012, but they've achieved a ton of growth. A big part of this is the fact that they only offer mobile games, and this would seem to keep them from getting bogged down in having their staff spread too thin. This approach seems to have been working because they're just three years in, and industry experts are already saying they could become one of the top mobile casinos in the business. Time will tell if they're able to keep growing in that direction.