Playtech Raising Funds for Plus500 Purchase 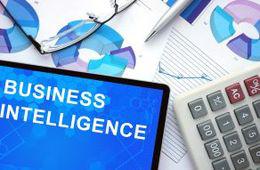 Playtech has made a lot of moves over the past few years when it comes to expanding into different parts of the market. They've recently been looking closely at CFD trading, and they've decided to try to purchase CFD trading company Plus500. This purchase will cost them a total of £459.6 million, and they have placed more than 29 million shares to help fund this purchase.

Details on the Fund Raising

They're looking to raise over £250 million with this placing, and around 33.6 percent of this is expected to go to the Brickington investment company. This is owned by Teddy Sagi, one of the founders of Playtech and their main shareholder. He has a long and complicated history with the company, and it's no surprise that he's going to maintain his position by purchasing this much of the placing.

This fund raising actually came as a surprise some some people because Playtech had previously said that they would fund the purchase of Plus500 with existing funds and assets. However, they have another CFD company TradeFX that they have been looking to purchase as well, and this prompted them to increase their fund raising efforts to compensate.

While they are often known for their online casino and online poker exploits, Playtech has expanded a tremendous amount when it comes to the breadth of industries they are involved in. With their big push into the CFD space, it's not really surprising that they're going after multiple companies. Breadth has been the name of the game for Playtech for a long time, and they've used this strategy by getting involved in several aspects of what could be considered the wider online gambling industry.

Some people have complained that Playtech has spread themselves too thin and that this has led to them no longer heading the pack in certain areas like with online poker and online casino games. However, from a business standpoint, it makes sense for them to diversify as much as they can profitably. Only a handful of companies can really be at the top in any single sector of the industry, and Playtech is content to make plenty of money being well above-average in everything they do.