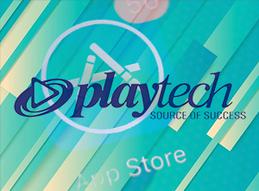 The policy change in question, set to be enforced from the 3rd of September, will ban any gambling transactions through HTML5 content in apps.

Gambling is not the only thing on the chopping block as lotteries and charitable donations will only be possible through native apps going forward.

…but the gist of it is this. Any real money transactions on an iOS device such as an iPhone or an iPad will have to occur in apps that are natively written for that operating system.

Many online casino apps that are available now are actually what is called, “container apps,” which means the actual content such as a game is not written for iOS specifically but is an HTML5 program written for many different platforms.

Operators and developers do this because it’s much cheaper and easier than developing native apps.

Citing security concerns, Apple announced the policy change in June and will require all real money transactions to be written in code that’s actually present in the app and can be reviewed by them.

Many developers are not exactly satisfied with the change but the famously stringent Cupertino-based company is not budging.

Clamping Down on Gambling:

The Apple Card, a credit instrument the tech giant has begun to offer in partnership with Goldman Sachs, has also placed limitations in relation to iGaming transactions.

In another blow from Apple to the gaming industry, the card bans any cash advances including buying gambling chips (physical or digital) and purchasing cryptocurrency.

Playtech to the Rescue:

The company has been offering its customers a native casino app for three years, but it’s only since the policy change that it has seen a sharp interest, Playtech explained in a press release.

…a selection of fully native gaming content and natively compiled games. It also allows the customers to easily build native apps by using a Software Development Kit (SDK) which mitigates the cost and risk of investing in additional software developers.

The casino app includes all the back-end functionality that operators expect including integration with the company’s own Engagement 360 platform, compatibility with third-party gamification tools, and the BetBuddy Responsible Gaming platform.

Summing up the situation…

…Peter Mares, the CTO of Playtech, remarked how the policy change has “created another Apple-shaped hoop for operators to jump through” but also reassured operators that “we have been in the game for a very long time and understand that in order to succeed, we need to provide a solution guaranteed to help our licensees continue operating as usual.”