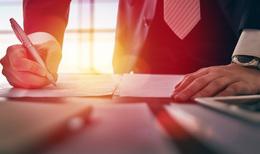 A new deal has seen Play'n Go (read more) add their titles to 24Bettle, an online casino that uses software from a number of other top software providers, including Microgaming and Net Entertainment. While this deal helps 24Bettle increase the depth of their available game selection, it also shows that Play'n Go has grown quite a bit in terms of being a software company that online casinos want to work with, and that's hardly surprising considering the quality of the titles they've released over the past year.

Moving Up in the Industry

If you look at the online casino software side of the industry, the top is populated primarily by big names that have been around for a long time like Microgaming (click here for more). In today's industry, however, casino sites don't look for a single provider for all of their needs anymore. Instead, they look to create the best game selection they can by pulling from several different software developers, and that's where companies like Play'n Go get a chance to shine.

This is a company that's been gaining attention not so much for the quantity of games they produce but for the quality of the titles they have been releasing. Games like Bombs Away have shown that they're capable of taking what should be a somewhat generic theme (war in this case) and turn it into something special that players are very interested in. It's fun to see them come out with so many high-quality titles because their style is a bit different, and this is another part of the appeal to players who have seen the same set of ideas rehashed so many times that they're dying for something new.

24Bettle is a site that hasn't been around for all that long since they first launched in early 2016. However, in that time, they've built up an aggressive reputation for making deals with some of the top software vendors out there, and this includes NetEnt and Microgaming in addition to their newest addition in Play'n Go. It's exciting to see new sites push hard to get great content for players, and we're interested to see what kind of reputation they develop otherwise over the next several months.