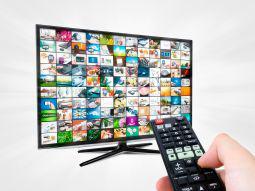 Various forms of media have been used as the themes for online slots for more than a decade. Television shows, movies, comic books, video games, books and tons of other forms of media have been used to build on brand recognition and to provide players with fun experiences. Soft Magic Dice has followed the lead of their predecessors by giving players a brand new online slot based around the Prison Break television show.

The Theme of Prison Break

If you're not familiar, Prison Break is a television show that's based on the premise that a guy allows himself to get put into prison to break out his brother who has been wrongly accused of murder. It involves an elaborate plan and dodging the guards who are trying to keep them from escaping. This is the general dynamic that has been caught in this new online slot, and Soft Magic Dice has stayed true to this theme with their new game.

The Prison Break slot uses 25 paylines and a five-reel video slot format. The theme is the conflict between correctional officers and the inmates as they prepare to escape from the prison. All aspects of the graphics and sound stay true to the show, and this game is completely feature-packed with free spins, scatter symbols, wild options and more. What's really cool is that this title can be played from both Windows computers and Mac computers thanks to the flexible software platform. Instant play options are also available, so you don't even have to download any thing to be able to get in on the action.

Soft Magic Dice is a relatively new online casino software company that's been running since 2012. They offer a nice selection of games including dozens of slots, the newest of which is Prison Break. Plenty of table games are also available like blackjack, craps, roulette and Baccarat, and they are open to US players. It's cool to see another option with different games for players from the United States so that they have more choices, and with the addition of the new Prison Break slot, they're showing growth as well.