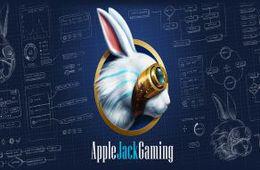 Martial arts movies have been extremely popular for a long time because of the emotion that comes from building up two characters who face off at the end and because of the visual appeal of watching a bunch of cool, though outlandish, moves on the big screen. Games developer Applejack is taking advantage of this pre-selected bias towards enjoying martial arts stories with their new slot Champion of Champions, and it's set to be released along the Odobo distribution channel with Coral Interactive.

Arcade games really influenced the martial arts genre when it comes to gaming overall, and this 20-payline online slot feels the influence of the arcade style in a major way. It also has major influences from anime with the artwork done for the game, and that helps to bring the characters to the screen in a very vibrant way. With five reels and three rows, the format of this game is pretty standard, and it's this basic format that's been used as a virtual canvas for what seems to have the potential to be an excellent title.

Borrowing heavily from console and PC gaming, Champion of Champions features an achievement system with 29 different achievements that players can collect, and this drastically increases the replay value. There are also three bonus features that are found in this title, and they all give a nice amount of value. The main bonus feature involves taking on the big boss Yoshinobu through four stages of martial arts mayhem. Win in this final fight, and you'll take home some major winnings for your trouble.

Rob Smith is Odobo's head of business development, and in a statement released for this new title, he called it "a great example of a new breed of slot games." He's definitely not wrong. The focus on the visual appeal, the underlying story and the elements that increase the replay value and overall experience for players gives Champion of Champions a lot more depth than what you'll find with the vast majority of online slots being released today. It'll be interesting to see if Applejack is able to keep up this performance in the future.