NetEnt Ahead of the Curve on "The Demise of Flash" 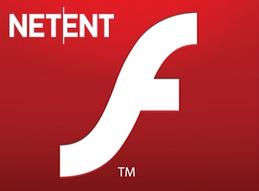 NetEnt recently put out an information sheet on the Demise of Flash. As many who follow tech news at all are well aware, Adobe Flash is a security threat. If you've tried to play Flash content in most browsers lately, you've probably had to give permission each time. This is because the major browser providers have decided to end Flash support forever, and soon. It is one of the favorite tools of cybercriminals to attack users. No matter whether you are using Windows, Macintosh, Linux, or Chrome OS - if you are running Flash you are more likely to experience a crash and become vulnerable to a potential cyber attack.

But that isn't the only reason Flash is being phased out, according to the report. It consumes more power, and that matters to mobile users. It can also cause any system to become unstable and waste your precious time, better spent doing something other than exercising patience with a slow system or needing to reboot.

Banned from iPhones in 2010

Steve Jobs banned it from iPhones in 2010. Google took the lead recently in early 2016 when they announced they were phasing out support. Apple's Safari browser running on Sierra will soon have Flash turned off by default. And Adobe announced the effective date of demise in July 2017 - Flash will never be updated again beginning in 2020. Of course, all other support could end sooner than that, and it will, so all developers are now creating games in HTML5 and most are in the process of converting Flash games to the new browser-based format.

NetEnt Creating in HTML5 Since 2014

NetEnt has been busy on the project for some time, all of their online casino games have been created in HTML5 since early 2014. In December they announced that they had, so far, converted 70 of their top Flash games to HTML5. NetEnt helped pioneer mobile gaming when they rolled out NetEnt Touch for mobile in 2012. The next suites of games on their list for conversion are video poker and baccarat.

In the Demise of Flash report, NetEnt set out their Flash to HTML5 conversion strategy so that free game suppliers and operators can stay ahead of the curve. Game providers will be informed 6 weeks ahead of each batch. All scheduled Flash games will be decommissioned quarterly. "If any Flash-related issues occur before the planned quarterly decommissioning, the games will be disabled with immediate effect to avoid further Flash issues arising." So players may run into a little snafu here or there, but it should affect very few people. If free game providers don't migrate to the new HTML5 versions as scheduled, they'll be forced to periodically.

HTML5 is Simply Better Than Flash

Players who may have wondered why some games seem to play better than others can probably guess that it is because they are being created in HTML5 or have been converted successfully. Your mobile device won't heat up so much, batteries last longer, and games simply don't drop out or make your whole system unstable. You may have noticed that the newer games are displayed in a widescreen aspect ratio (16:9) and that they play the same on desktop or mobile. The graphics and sounds are simply better too.

So hang in there, the people at NetEnt are doing everything possible to make your gaming future proof!

NetEnt, The Demise of Flash and what it means for you