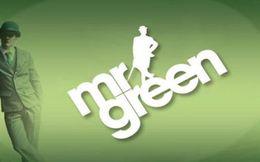 When the United Kingdom changed up how they were handling online gambling licenses and taxing, it created a world of chaos for a period of time as many sites tried to leave the country without just abandoning their players and others tried to figure out how to afford to continue operating in the UK. Something else it established is that an online gambling license in this jurisdiction adds another level of legitimacy to your operations, and that's something that Mr Green Casino has earned for themselves with a new announcement.

Over the past few years, several countries in Europe have developed their own regulations for the online gambling world. This came after more than a decade and a half of largely ignoring the industry as a whole. With regulation comes a higher level of oversight, but each individual country requires a different license. Mr Green Casino has been very strategic about trying to get their foot in the door with several regulated European markets, and this strategy has paid off since they have been awarded a license to operate in the United Kingdom.

It's critical to realize that the size of these markets are tremendous. Online gambling is something that's fairly open in these countries, and it's not really something that the governments have tried to shut out completely with ineffective bans or questionable laws. Instead, they regulate and tax it, and this creates a situation where the best companies rise to the top, and players get the best service available. Mr Green Casino is among the top brands in the business in this part of the world, and their license in the United Kingdom comes after gaining an Italian license as well.

Mr Green Casino has been around since 2008, and while that gives them a number of years in the business, they're still facing some brands that have two decades in the game. In spite of that, they've made a huge name for themselves by providing a mature level of humor and an excellent selection of games with titles from providers like NetEnt, Microgaming Quickfire, IGT, Bally, Evolution, Yggrasil Gaming and others. They also provide quick and reliable cash outs and customer service, two factors that surely went into gaining their UK license.