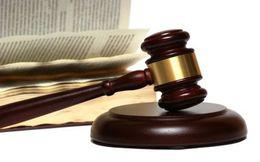 Back when the regulations changed over the past couple of years for online gambling in the United Kingdom, a lot of fuss was made about the position that it placed certain companies in. However, the end result was better regulations for players, and we're seeing that in action in a major way with the official end of the Metro Play scandal. They have been ordered to liquidate by the Court of Alderney as of July 2.

For the tons of players who have not been paid their account balances, there is still some hope. Metro Play noted that they were raising capital in an attempt to repay their obligations to players in their last notice to the United Kingdom Gambling Commission. Players who have not yet been paid are recommended to contact the official liquidators at the KPMG Channel Islands offices, and those individuals are Linda Maree Johnson and David Standish. Players have until August 7 of this year to make a claim, so make sure you do it soon if you need to at all.

Strength of the UK License

Being licensed in the United Kingdom means a lot more after the changes in the regulations because of the higher cost of entry and because of the tighter regulations that have to be observed to maintain a license. Metro Play has lost their license to operate in the United Kingdom according to an announcement by the UK Gambling Commission, but they haven't really offered much except for what we noted above for players who have yet to be repaid. Unfortunately for some, it's not really their job to do so.

Moving forward, players need to realize that it was the strict regulations that helped to find out about the fraud that was going on with Metro Play and Bet666. If they wouldn't have been under these tight regulations, then they wouldn't have found it as quickly as they did, and more players would have been fleeced. While they are being liquidated, there is still a chance that players will be able to be repaid, so if you were someone who had an outstanding balance with Metro Play or Bet666, be sure to make a claim with the KPMG Channel Islands offices.