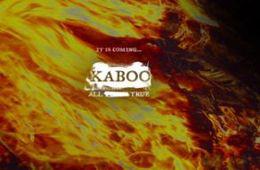 Online casinos have been looking for different ways to give players unique experiences for a long time. Many of the key features that we take for granted today like a live chat support option and an instant play/no download casino platform were originally put into place to try to gain a competitive advantage over everyone else. It's recently been announced that Kaboo Casino is opening their doors, and they are a good example of a site doing something different for their players that could become the norm years from now.

The way this site works is that players are given challenges or missions to complete. When you complete a mission, you're rewarded with what are called Echoes, which make sense inside of the storyline that's been created for the casino itself in its futuristic combination space and fantasy theme. These Echoes can be exchanged for free spins on some of the hottest games running today, so they've basically incorporated a different type of rewards program into a storyline that was created for the site.

The software selection and games that you can earn free spins for is pretty key to this overall experience, so it's important to point out that they already have deals with Net Entertainment and Microgaming (with the Quickfire platform). They're focusing on the web-based experience with all of their games running from your Internet browser. However, they also have a mobile platform that players can use to get in on the action from anywhere. This is a good approach, and it shows that they're starting off on the right foot.

Will This Approach Work?

It's hard to say if this approach is going to work in terms of creating a ton of popularity in a short amount of time. Casino Saga, now known as Casino Heroes, tried an approach that was somewhat similar in the sense that you had to clear different types of objectives before certain games would open up and be available. Many players found this approach annoying since they could just go to a competitor and play the same games without having to unlock them. However, it looks like Kaboo is avoiding this type of mistake and actually incorporating a system that players will actually enjoy.