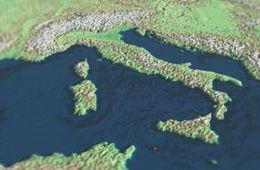 The online casino world has been seeing more and more levels of regulation over the past few years, and Italy is one of the countries that decided to go ahead and regulate the industry to make tax revenues from it. Along these lines, they're very aggressive about keeping out unlicensed competitors, and that's why it's such a big deal that BetSoft's titles will now be available to players from Italy.

iGaming Tech provides an online gambling platform that's licensed in Italy, and a new deal with BetSoft will see the BetSoft games included in this platform. This is a pretty big deal because it gives players access to games that they weren't able to legally play before, and it gives BetSoft yet another level of expansion. This also helps iGaming Tech to make their game selection stronger since they're not only adding to their quantity of games, but they're also adding to the quality of their titles since BetSoft produces some of the best online casino games in the industry today.

What's really cool about this deal is that it incorporates all of the games that BetSoft has to offer. This includes all of their slots, table games and even their mobile titles. This is pretty important because their ToGo line of mobile games are some of the best in the business right now because of their innovative approach that incorporates intuitive navigation and movements using swipe motions, tapping and other gestures that players will already be familiar with from using their mobile phones and other devices.

Over the past few years, BetSoft has been making a real tear through the online gambling industry, and this is just another example of their expansion. This expansion is such a big deal because they have been able to challenge the "old guard" of online casino software companies by offering an experience that focuses on quality instead of the sheer quantity of games available. The main selling point of most of their competition has been that they have a larger number of games available than BetSoft, but because BetSoft's games are so ridiculously high-quality, that advantage has been nullified.