Hugo The Troll Sequel to be Released by Play'n GO 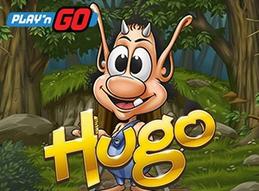 Swedish online slot and casino game developer, Play'n GO has been setting a steady pace recently with one new game release each week. Yesterday saw the unveiling of Big Win Cat, a 3 reel - 5 pay line respin game. On Monday they announced a November 15 launch date for Fu Er Dai, a game with expanding wilds on three reels and up to 20 respins. Today they have informed us that the following week a new game for mobile and desktop play will hit the casinos on 11-23-2017.

Fans of Hugo the Troll slot will love Hugo 2. The original Hugo game was released in the summer of 2016 and enjoys a wide following. Hugo 2  beckons players to embark on a journey into the mines on a trolley and be swept away by features like free spins, wilds, and multiplier symbols.

Players will collect wilds and multipliers when up to 20 free spins are triggered by the beaver symbol. Collect wild items after each spin, collect 4 and they are applied to the reels. Bonus round triggers are on the reels of the free spins increasing your chances of entering the mini game.

Witch symbols trigger the interactive Skull Cavern bonus game. Here you'll have to overcome dangers to reach the lair of the evil witch Afskylia. Choose a path to reach her treasure chamber unharmed. Each path can award a cash prize and reaching the treasure chamber will award a multiplier based on how many lives you have left. The more scatters trigger the game, the more extra lives you will have to reach your goal.

Play'n GO released their first mobile platform in 2005, far ahead of the curve. They had perfected it by 2011 and now games are delivered in HTML and Flash for play on any operating system. Their Viking Runecraft slot was nominated by industry peers to receive the prestigious Game of the Year award at the EGR Operator awards in October.

Play'n GO slots are usually found on the release date at Mr Green, GUTS, and Videoslots.com