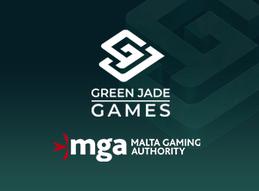 Green Jade Games, the Malta-based developer of iGaming content, has acquired a B2B license from the Malta Gaming Authority.

This license will allow the developer to offer their games to other Malta-licensed online gaming operators opening up regulated markets across Europe.

With headquarters in Malta, Green Jade is a relatively new development studio formed in 2017 with the first game release coming in 2018.

The developers best-known game to date is Hammer of Fortune, which they have called a new kind of slot experience.

…the game takes on certain elements from MMORPG games such as the presence of a plot and characters and customization options with very involved gameplay mechanics.

Back in April of this year, the developer partnered with content aggregation platform holder Relax Gaming to integrate their games into the aggregator’s offerings.

On that occasion, both companies expressed their excitement about the deal, with Relax CEO, Daniel Eskola, commenting that the brand is an “innovative provider backed by highly experienced industry professionals.”

More recently, GJ has partnered up with gamification and real-time engagement expert CompetitionLabs. The deal is meant to lift up the player experience to the next level by utilizing gamification tools.

The terms of the partnership will let the developer use CompetitionLabs’ full suite of tools in its games including missions, rewards, and achievements with Hammer of Fortune being the first game to receive this integration.

Last month, Green also received a license from the UK Gambling Commission which enabled it to provide titles to operators licensed in the country and their UK customers.

Commenting on the UK license, the company CEO, Benedict McDonagh, said the move was “a major milestone in our journey as we look to establish Green Jade as the top game developer in regulated markets” and that they were thrilled to be able to integrate their content with UK online casino operators to make it available to UK players for the first time.

McDonagh also opined on the Malta licensing that obtaining it was “the next step in our plans to provide our games to of the major operators.”

Green Jade is a game developer headquartered in Malta supplying rea-money arcade-style games and slots to the igaming industry. Their flagship game is Hammers of Fortune, but they also recently released Finding Mr. Green, another game in which punters can expect an in-depth story mode.

The company is the in-house gaming content studio of the gambling operator Mr. Green.

News has emerged, however…

…that the developer would be acquired by British bookmaker William Hill in a £242 million deal. The acquisition was closed on this past February.