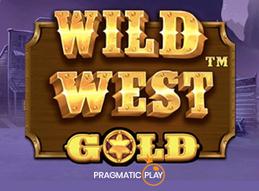 A new cowboy-themed Wild West Gold slot by Pragmatic Play has gone live. The fast-paced game brings players all over the world a challenge to ride into the dangerous land of buckaroos, experience the wilderness of the American frontier and hunt for some big wins.

This game is the latest addition to the provider’s Gold series that includes titles such as Mustang Gold, Gold Rush, Pirate Gold and award-winning release Wolf Gold. All of these releases have become smashing hits amongst the players due to their thrilling gameplay rich with special features.

Are You Ready To Catch The Most Wanted Outlaws?

The developer has revived the legends of the Wild West and the main symbols you can see on the 5x4 grid are representing the images of bandits, outlaws and rogues. These rascals aren’t looting the towns hit by gold fever without anyone to stand up to them – a Sheriff symbol is there to stop them.

Still, that’s not his only role since it acts as a multiplier...

...with up to a 5x random multiplier added to the wild. Another powerful card is the Sunset scatter who activates the extra spins feature.

Players will have to land three scatters to activate this bonus round. And that’s when the real fun starts, making it a town to come to life after dark!

More images of sunsets landing on reels during this feature will produce more additional spins. Sticky Wilds will stay on the reels until extra spins run their course. This is the moment that brings players the opportunity to explore the full winning potential of the game of up to 10,000x total stake!

The wide range of betting options can appeal to both high rollers and beginners who are still experimenting with slot strategies. The minimum wager starts as low as $0.20 and goes all the way up to $100 for a single round.

It’s no wonder why the brand considers this to be a great addition to its golden series, according to Melissa Summerfield, chief commercial officer at Pragmatic Play:

“Ride into the dangerous land of the cowboys in Wild West Gold, the latest fast-paced thriller from Pragmatic Play. Our Gold series continues to go from strength to strength, with Mustang Gold and Wolf Gold being some of the best-performing slots in our catalogue. We look forward to Wild West Gold joining these in our product offering,” she said.

Another Homage to the Wild West Comes in April

It seems like the provider is drawing a lot of inspiration from this era since one of its upcoming video slots is a Bronco Spirit game, scheduled for release in April.
With the same grid configuration and the same RTP as this title, this title comes with 75 paylines, high volatility and a progressive feature, played in a series of ten spins. While the theme is inspired by the American frontier, it follows the adventures of an Indian girl and other related symbols such as a war bonnet, a teepee, a drum, a hatchet, a pipe and campfire.

Wild West Gold slot will show us the life of cowboys and outlaws, and the upcoming Bronco Spirit is representing the same era but from a different point of view. Two of them together are complementing the category of games with this theme perfectly.