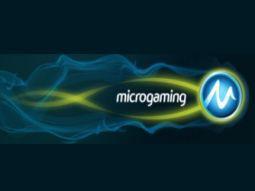 Pistoleras is the third new release hitting the shelves, and it's a 25-payline game set in the Wild West that uses stacked symbols on all reels for the higher-paying symbols to give you plenty of chances at multi-line wins. You'll also get a chance to play a Saloon bonus feature where you'll try to match up targets to win big payouts.

Rabcat has another release for the Microgaming Quickfire platform as well. The Legend of Olympus is a 20-payline format game that players have really been looking forward to. You'll see the brothers Zeus and Hades battle against each other with a chance to earn up to 14 free spins at a time in a bonus round that features multiple stages.

Avalon was one of the most important titles that Microgaming has ever released that was based on their own branding instead of an already-existing one, and they're bringing this game back better than ever in high definition with Avalon HD. This is an exciting release after Avalon II was released not that long ago.

Four mobile games are also being added. Fish Party, Kings of Cash, Nashville and Summer Holiday are also going to be released on the mobile platform for June. This just goes to show that they're very serious about continuing their efforts on the mobile front, the fastest-growing sector of the industry.