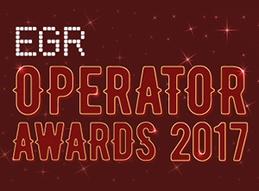 The online gaming industry's premier awards event is coming in October and EGR has announced the shortlist for Game of the year. In order to vote in the category at the 2017 EGR Operator Awards you must appear on the shortlist for one of the operator awards. The fact that entrants will be judged by other game developers lends prestige to this and all EGR Operator Awards. Once the jury has selected nominees for the short list, the judging is done by peers.

The 13 games on the shortlist were deployed to market this year from the following developers: Playtech, Inspired Entertainment, Evolution Gaming, NetEnt, Microgaming, Pragmatic Play, Quickspin, Realistic Games, Red Tiger Gaming, Play'n Go, Yggdrasil Gaming, NextGen Gaming, and ELK Studios. An office favorite here is ELK's Wild Toro but if we were to consider betting (and we wouldn't) our money would be on Viking Runecraft from Play'n GO.

In alphabetical order, Age of Gods – God of Storms by Playtech tops the list. When placing the game up for consideration they had this to say: "Developing the latest addition to Playtech’s highly regarded Age of the Gods catalogue of slot games allowed us to introduce our own twist on a great brand and great suite of seven chart storming titles. The game features a progressive jackpot and a thunderous respin feature."

Evolution Gaming provides live casino action to players and their Dream Catcher caught the eye of jurists this year to be voted on. Players who have never entered the live dealer section of online casinos before are reportedly being drawn to the 24/7 game show action of the money wheel in record numbers.

Relative newcomer, Red Tiger Gaming was established by industry veterans in 2014, and the rising star's HTML5 Totem Lightning slot released in April has struck a chord. They describe it thus: "A 5 reel, 40 pay-line slot with tumbling reel re-spins, a totem multiplier bonus with tantalising wins up to 1000x, and an innovative lightning strike feature that blasts the low-paying symbols from the reels."

Viking Runecraft  by Play'n GO honors the brave and adventurous Norse gods, Thor, Loki, and Fenrir who accompany players on an epic journey as they play on the cascading video slot with unique features.

The 178 play line Wild Toro from ELK Studios captivates and entertains like a bull in a china shop changing ordinary symbols into wilds as he crashes through the reels to award up to 225,000 coins. Wild Toro and many of the other shortlisted games can be found at Mr Green casino.

Where To Find All The Games

The winner of the award will be the game studio or operator that has made the biggest impact on the industry in 2017. Voting will close at 12pm BST on Friday 6 October. The awards ceremonies will be held October 26, 2017 at Grosvenor House, London. More information can be found here.