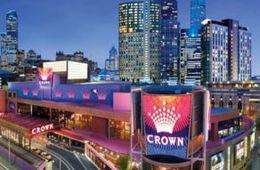 In an incredible series of events, the Crown Casino found itself in a position of trying to drum up publicity. They decided that a way to do this would be to set a Guinness Book of Records entry for the purchase of the most expensive cocktail. This would come in the form of a AU$12,500 price-tag on the drink called "The Winston," a drink made with 1858-vintage cognac. It was named after Winston Churchill because the drink was a favorite of his.

So far, so good. The person to purchase the drink was to be James Manning, a VIP at the Crown Casino who was known for being a millionaire from New Zealand. While the bottle of cognac for the drink was especially flown into Australia, Manning and his family enjoyed accommodations at the Crown Towers. As the hour drew near, the night of the purchase of the drink, the unthinkable happened: Manning went on a winning streak. This wasn't any ordinary streak, however, and he was up about AU$32 million at the end of it.

Whenever someone goes on a big winning streak like this, it's looked at with a close eye because it's sometimes as likely to be the result of cheating as the result of a good run of luck. What was more is that this streak only lasted for eight hands at the card table he was playing with. This was extremely suspect, and casino staff looked more into the betting.

As some people expected, there were very suspicious betting patterns being employed, and this led casino staff to realize that the cameras on the table he was playing were actually hijacked by someone who was giving away information to Manning while he played. It was a complicated scam, and he was completely caught with no way to wiggle out of it. The money never left the casino, and Manning was banned from the casino (though no charges were pressed).

This left the Crown Casino with another problem. With only hours to go, there was no one to buy the cocktail. They ran around with urgency until they found someone willing to make the purchase for the record, and all was well for their PR stunt.