Chance Interactive Rebrands as ReelPlay Ahead of New Game Announcement 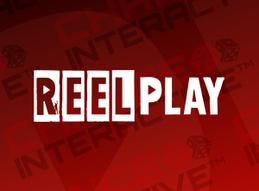 Slot developer and casino content supplier formerly known as Chance Interactive is announcing a rebrand. The Australian company will be hereafter known as ReePlay, in a move that the company leaders have said…

…reflects the growth and the future roadmap of their business.

Under the new moniker, it will continue to create high-quality digital content and license it to the world’s leading casino operators. The company also offers game building, slot math, integration, commercial and marketing expertise to partner studios who are looking to bring their own content to the online market.

ReelPlay is known for games like Bounty Hunt, Rogue Treasure, and Lolly Land.

“The refresh to ReelPlay best represents where the business is today and where it’s headed. The goal remains the same as it ever was – ReelPlay author the best in online digital gaming content as well as incubating select competitive collaborators, providing for a powerhouse of established and independent B2B satellite software studios. ReelPlay is the mothership.”

The COO also stated that the business growth will continue to be underpinned by using long-term partnerships with the world’s leading operators, collaborators and content aggregators. He added that the company is “building on solid foundations while adding a little nitro.”

The game is inspired by circuses and specifically, the strongmen show that used to be popular around the world.

Featuring one such man in a caveman costume, the game is a bustling and loud homage to circus acts with sharp graphics and a busy colorful vibe.

Whenever wild symbols appear in a winning combination, the Wild Striker feature is activated.

Buster (the man in the caveman suit) will smack the reels anywhere where the wild hammer appeared.

After this, up to five new wilds will appear!

But that’s still not all…

…punters can choose to increase the odds of wild hammers appearing by selecting a Buster Bet option that comes in three levels and increases the stake accordingly.

The company serves as a developer of slot games and operator supplier founded in 2014 by experienced gaming professionals making fun and fresh games.

It licenses its products to the leading casino operators and also collaborates with other developers on game maths, game building and other services that a studio might need to bring their game from idea to reality.

While announcing the rebrand, ReelPlay (formerly Chance Interactive) has also announced a currently untitled project boasting over 117,000 ways to win. The game drops in August as an exclusive pre-release to one of the world’s top online operators before rolling out internationally.