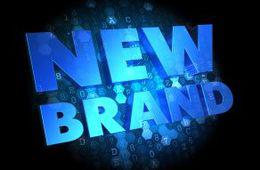 In the online gaming world, a name can mean everything. We've seen tons of situations in the past of lawsuits over one company using a name that's too similar to that of a competitor, and we've recently seen another potential lawsuit be sidestepped by Casino Saga. King is the owner of Candy Crush Saga, and they requested that Casino Saga change their name to avoid a lawsuit over the branding. Casino Saga has agreed to change their name.

Casino Saga will be known as Casino Heroes starting on August 3. What's pretty cool about how they're handling this is that there will be no interruption of service for the players at all. Instead, it'll be the exact same experience with the exact same accounts and logins as before. However, some of the branding will obviously change, and this will impact logos and some of the graphics. With that having been said, everything else is expected to stay the same, so there should be a minimum change in the experience for players on any level.

The Real Saga of Casino Saga

One of the things that makes Casino Saga (soon to be Casino Heroes) so different is that they have their entire casino set up around an RPG concept. You play games to earn experience points, and you can level up and even face off against big boss monsters. When you progress through the levels, you open up new games to play and other features that can be used in the casino. This even applies to bonuses and other promotions, and it's a pretty cool way for it to be handled that puts a different spin on the overall casino experience.

Some people have complained that this approach puts unnecessary roadblocks in the way of players who want to take part in certain games that are initially locked. However, they are going after a very specific niche audience that they believe will come from people who are used to building up accomplishments in other types of gaming like video games and social games. Overall, it's definitely an atypical strategy, and it seems to be paying off to some degree since they have seen a reasonable level of popularity despite not being open that long.