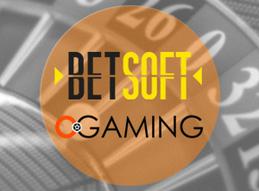 Award-winning casino supplier Betsoft has announced a partnership with Malta-based OGaming to roll out the developer’s portfolio across the operator’s brands.

OGaming owns such casino brands as RioAposta, Las Vegas Casino and is slated to add a new member to the family – the European-focused Eagle Bet.

Under the terms of the deal, Betsoft will see its large portfolio of HTML5-based games as well as old player favorites go live on all OGaming platforms.

…is the RioAposta property which targets punters in Brazil and other LatAm markets. It’s a newly launched online gambling brand that is seeing a lot of interest from various big-name casino suppliers such as NetEnt and Microgaming.

Betsoft has been looking into expansion to this market for quite a while, as evidenced by the supply agreement they signed earlier this year with Caliente, the Mexican brand featuring online slots, live casino and sports betting products.

In addition, the supplier has also secured deals that will help them enter the Colombian market.

These moves are a clear indication on the part of Betsoft of their desire to corner the LatAm market.

Commenting on the partnership, Francesca Raniolo, Sales Executive at Betsoft has reiterated the company’s commitment to expanding into growing markets and stated they are delighted to partner with OGaming “who are one of the industry’s most innovative, up-and-coming operator groups.”

“We are very pleased to be offering Betsoft games across our brands, as they have some of the most exciting content in the industry.

“We are always looking to add new, dynamic content that will enhance our customer experience, and Betsoft’s award-winning portfolio of immersive games will give our players some fantastic new titles to play.”

Betsoft is a developer and content supplier that has for the last ten years acquired a reputation as one of the world’s premier producers of high-quality igaming products.

Offering a high level of service, the company was recognized as Game Developer of the Year the inaugural Media Innovator Awards 2019 organized by Corporate Vision magazine.

They won the award in large part thanks to the amazing success of their Max Quest: Wrath of Ra game which has been called groundbreaking and game-changing by industry insiders.

…and replaced them with heart-stopping shoot-em-up action in which up to six players take on hordes of monsters who drop amazing loot.

For their innovation, the company has also been awarded the Innovation in RNG Casino Software Award at EGR B2B in 2019.