Betit Launches Kaboo Casino and Others in Beta 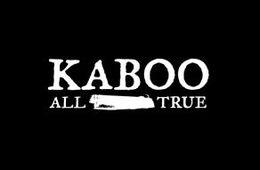 Something that you don't see all that often in the online gambling world is a true beta release. Usually all of the bugs are worked out before a game goes to market, but this is only true because it's relatively easy to catch all of the problems in a single game as a unit. However, when it comes to larger software platforms that are much more complicated, it's not so easy to find all of the potential problems, and this is something that Betit has learned the hard way with their software release for Kaboo Casino and other sites.

These software problems were discussed at length in posts on forums for the software and casinos. On top of the software bugs, there have been a lot of complaints about the terms and conditions of their bonuses that include play-through requirements of 60 times the size of the bonus as a base. This is definitely above average for the industry, and it's not something that's impressing players at this stage in the game.

There have been some positives to come out of all of this. One of the main things that's been getting a lot of praise for this platform is the large number of games thanks to titles being used from NextGen, Play'n Go, IGT, Microgaming, Net Entertainment and other developers. This combination of software companies has put Betit in a position to have a very high-quality selection that includes tons of different titles, and that's probably the one thing that's gotten the most positive attention at this point for the platform.

Future of the Platform

As far as the future of the platform goes, what will probably happen is that they will sort out the software bugs, but what they do about the bonus terms and conditions is hard to say. Many casino sites are fine with having bad bonus terms, for whatever reason, but the players would definitely prefer something more competitive. As one of the new platforms on the scene, it would probably be better for them in the long run to change things up with their bonuses. Otherwise, they might run into an issue of limited player enrollment to begin with.