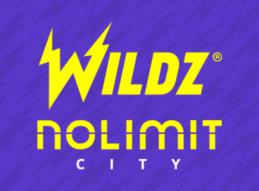 Breakout brand, Wildz by Rootz, and famous Swedish developer, Nolimit city, have announced a new partnership that comes directly on the back of Wildz’s release. It is the first release on the coveted Rootz platform which has been causing quite a stir in the iGaming community.

Wildz is founded by the same minds behind the legendary operator, Rizk, and their experience is, to say the least, enviable.

Rootz as a platform is built on the promise of machine learning and AI integration and this causing some real hype in the iGaming sphere. Rootz boasts potentially immense capabilities for the future of online casinos based on their focus on automatization and the possibility of building bespoke gaming experiences.

This has had players and providers and affiliates alike become set for what may be a wild ride into the future of iGaming.

Commenting on the partnership between the two companies, Wildz CEO, Lasse Rantala, said:

“it is vital that, as we push to provide the best all-round gaming experience on the market, we continue to ensure the best content. Nolimit City has a proven track record of not only creating some stand out titles among their portfolio, but consistency in terms of game production and volume. Regular high-quality content for our players? Sounds ideal to me and perfect for Wildz!”

Nolimit has had a few well-received releases recently. Starting with the Wild West-inspired Tombstone in May, which featured the developer’s trademark and player favorite xNudge feature.

This month, the developer debuted Tractor Beam, an irreverent take on aliens and UFOs that featured high volatility and chaotic game mechanics.

A Match Made in iGaming Heaven:

Malcolm Mizzi, Nolimit’s Commercial Director is excited about the partnership as well: “It is not only refreshing to see new names in the industry but also immensely exciting for us. We’re not the largest or oldest standing video slots supplier in the market but operators such as Wildz by Rootz know of us. This is a true testament that our product has had a positive reaction across the industry. We’re excited to watch our future partnership blossom and Nolimit games attract new players to such an exciting concept!”

Nolimit City is a Malta-Sweden-India based online casino platform and game developer, offering high-quality content and services to operators around the world. Their in-house platform delivers a strong and powerful engine that can handle large volumes of player and social interaction on both desktop and mobile.

Rootz was formed in 2017 and has built a platform that delivers the very best in online gaming management with a focus on smart and efficient programming, powerful graphics and robust content. Their philosophy is quality over quantity and they employ automation to eliminate company drawbacks. They hope to be the next generation iGaming platform.