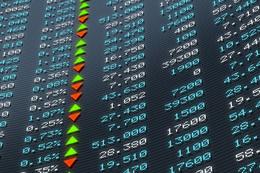 In late March, it was announced that the Amaya Gaming Group CEO David Baazov was facing insider trading charges related to events that happened leading up to their purchase of the Rational Group. A number of those around him were also charged. As a result, Baazov has now decided to take a leave of absence from the company, and the timing is about what most people in the industry expected.

Nature of the Situation

The reason that Baazov is taking his leave of absence is pretty simple. This is standard procedure in cases like this so that his own personal charges do not take away anything from the company themselves or distract from the day to day operations. They've already lost a significant percentage of the value of their stock since the announcement of the debacle, and they want to avoid further damaging the value of the company by keeping him in his position until the charges are clarified.

In the meantime, Dave Gadhia has been appointed as the Interim Chairman and Rafi Ashkenazi as Interim CEO by the board. As Baazov was also the Chairman of the board, it made sense to appoint two different individuals to take his positions. Both of these men have histories with Amaya with Gadhia having been a director with the company since back in 2010. He was previously the CEO of Gateway Casinos and Entertainment Limited for a stretch of almost two decades. Ashkenazi, however, is the CEO of the Rational Group, so both positions are filled by people who are more than capable.

The timing of all of this is very interesting since Baazov has been entertaining a bid to actually purchase Amaya outright through investors. That obviously won't be happening in an immediate timeframe, but it's interesting nonetheless. For now, we'll just have to wait and see what happens with these charges and if he's found guilty. If so, then the future of Amaya will be very uncertain, though if he's found innocent, it could be just as uncertain in that scenario as well. Regardless, one thing we do know is that it's a very volatile situation that the entire industry will be watching closely.