A Brief Crypto-Slang Primer for the Masses 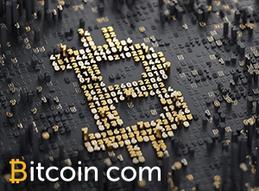 If you've ever felt lost or stumbled through an article or forum post where the author has written about Bitcoin or other cryptocurrencies, you aren't alone. New words have entered the vernacular and if you want to understand the subject, you need to understand the slang and acronyms. Studies have shown that if there is even a single misunderstood word in a book or report, the reader may not remember anything that they've just read. If you're planning to invest or even hold a conversation or ask questions, knowing the dialect will go a long way toward making your experience more comfortable and ultimately beneficial. Some of the following was compiled with information supplied by the team at bitcoin.com.

HODL: The first odd acronym is HODL. It looks like "HOLD" and it is, but it means much more. In the topsy-turvy world of digital currency values skyrocketing and plummeting, anyone who says HODL, means they are going to Hold On for Dear Life in the hope that their chosen coin will pay big dividends in the long run.

Altcoin: Perhaps the next most seen and misunderstood term is altcoin. This one might need a little bit of background. There is more than one blockchain. That's just a code that goes forward forever and can never be rewritten because other people can see it too. The most well-known blockchain is the one that handles Bitcoin or BTC, but there are already more than 1,600 other blockchains with coins out there. Altcoin is simply an alternative coin to BTC that resides on a separate fork or completely distinct path.

ICO: If you wonder where all of the altcoins coins come from or why they are worth anything when they don't even actually exist, then we have to look at the money thing. Let's say I just built the world's biggest, fastest, and scariest roller coaster - but it only exists on paper. If I'm going to get people to ride, it needs to be real. What better way to make it 'real' than to have it be worth money. So I'll take my idea, with or without a product other than a coin, and offer it to investors. I'll make an Initial Coin Offering, or ICO.

I'll have a million, as yet, imaginary coins, a good idea or not, or just plan on scamming unwary investors, and I'll be ready to release my code. I'll keep 750,000 in reserve for future promotions, acquisitions, etc., and offer 250,000 in an effort to raise a target amount of x$ or xBTC, or whatever I want to compare my coin with.  Millions and possibly billions can be made from pennies by investors at ICO's and everything can be lost. Cryptocurrency is a gamble and I could get REKT here or wrecked in any other investment.

Flippening: Ethereum holders who expect their currently less valuable coin, ETH to surpass BTC in market cap are awaiting the rapture of the Flippening.

Market Cap: The value of outstanding coins. Remember the 250,000 released in the ICO? The market cap is what all of those are worth.

Satoshis: These are units representing  1/1000 of the value of one of your currently held 'individual' coins. With prices so high now most transactions are in fractional coins, and 1/1,000 is a "Satoshi".  It is an important unit in light of a $13 to 1BTC ratio on Coinbase in January 2013 (much lower at "ICO") to the historic peak of $19,206 per coin on December 17, 2017. The term comes from the supposed 'inventor' of Bitcoin, Satoshi Nakamoto.

FUD: Fear, Uncertainty, and Doubt -  The anguished mental and emotional state of many traders.

FOMO: Fear Of Missing Out - on the next big upswing. Some people don't BTFD, they wait until the price is about to peak, thinking it will Go To The Moon, only to lose part of their investment if they let FUD take over after the value has declined.

So, even though many of the words and acronyms may seem foreign or like gibberish, most of the concepts are fairly common among investors. Click the following link if you'd like to learn more about Bitcoin Casinos. Also, please check the link for a short video tutorial on "What is Bitcoin".