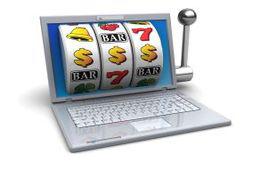 New online casinos are coming out all the time, and this is an industry where tons of companies try to get in on the action to get a piece of the market. While most of those new sites are suspect until they have time to build a reputation, there are some exceptions. The new Slotmob online casino could prove to be such an exception to the general rule thanks to the company that's operating the site.

Value of a Name

The new Slotmob online casino is being operated by Intellectual Property and Software Ltd, known as IPS for short. IPS has a number of sites that are all licensed by Alderney that include online casinos like SlotBOSS, Slotto, PinkCasino and BetUK along with online bingo rooms like CrazyBingo and BingoStars. Long story short, they have piggybacked on the success of the other sites operated by IPS, so they're starting with a bit of a leg up compared to other new sites that do not have this kind of backing.

Slotmob is going to be using the Bede Gaming platform as their basis for operations, and this allows them to incorporate games from multiple software providers into the same place. This is a big deal for players who prefer a large selection of games to choose from. A lot of new titles from Microgaming are going to be available, and they'll also have content from International Game Technology. While they'll need a little time to build up their own reputation and get out of the shadow of IPS, they definitely have the game selection starting out that will give them every opportunity to do so.

Something that's pretty cool about the sites that IPS runs is that they all use atypical themes that you don't see that often. While the modern casino theme is played out, Slotmob is actually using a theme based on a band of comic characters in the flamboyant mafia style with zoot suits, tommy guns and all kinds of other symbols of the prohibition era. Overall, this site is showing a lot of promise with a fun theme, solid backing and tons of high-quality games, so it'll be interesting to see how they use these tools to develop a strong reputation.