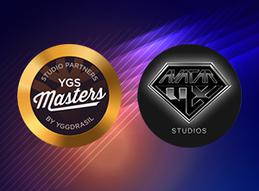 Yggdrasil Gaming has announced that the company will be adding a fourth independent gaming studio to its portfolio via the Yggdrasil Game Server Masters program. The YGS Masters program is already home to Rabcat, Fantasma Games and Northern Lights.

The YGS Masters program seeks out independent studios that are in line with Yggdrasil's vision and allows them to grow and expand under the authority of the Yggdrasil name. According to the company, the program "is about forging partnerships with the world’s premier independent studios that fit in with local criteria across a multitude of markets."

Details on the AvatarUX Partnership

Hong Kong-based AvatarUX is a business that provides both real-money and social games with a distinctly Asian flair. Their games feature stunning 3D graphics, unparalleled in-game gamification and an extremely high degree of user interaction. This combination of features keeps players engaged and makes their games stand out from the pack.

The company's intense focus on providing an unforgettable user experience means that they often merge popular concepts from casual games with casino features to craft something that is greater than the sum of its parts.

By partnering with Yggdrasil via the YGS Masters program, AvatarUX will not only gain a much broader reach, but they will also have access to BOOST, which is Yggdrasil's set of proprietary in-game promotional tools. In return, Yggdrasil receives the sole distribution rights to AvatarUX's unique style of game.

Stuart McCarthy, who is Yggdrasil's Head of Studio Partnerships, says that the company is extremely excited to enter into this partnership with AvatarUX. He notes that all of the company's work thus far has been "stunning," and he says Yggdrasil is looking forward to collaborating to release new titles.

AvatarUX Managing Director Carson Wan is equally thrilled with the partnership and believes it will help the company push the envelope when it comes to delivering quality content.

Since 2013, Yggdrasil has been consistently pushing the limits of the online gaming industry. The company is highly respected and a leading provider of innovative and top-quality content.

Yggdrasil's entire company culture is focused on creativity and innovation, and this focus has made the brand one of the global industry's leaders in technology and content creation. Not only does the company release stunning and unique games, but they are also constantly improving the business side of their brand as well.