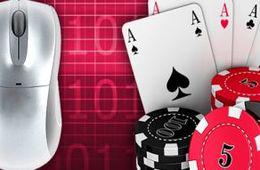 In an interesting move, the director of Fenplay Ltd was arrested recently because of his connection with the 'Ndrangheta betting network. Vincenzo Giuliano was arrested along with 27 others in this investigation of the Italian mafia. Along these lines, Fenplay has seen its license suspended by the Malta Gaming Authority, and they have been told to stop all activities. Players are able to email the Malta Gaming Authority at support.mga@mga.org.mt if they have trouble getting their casino account balances returned.

Licenses for two other casino management companies were suspended as well. These include the licenses for Soft Casino Ltd and Soft Bet Ltd. These are both also connected to 'Ndrangheta, and it just goes to show that organized crime is more involved with online gambling than a lot of people care to think. This doesn't necessarily mean that these companies were doing anything wrong or that they were untrustworthy to play with, but their owners are under investigation for various crimes, and the Malta Gaming Authority does not want to be associated with those types of people.

Fenplay Ltd was primarily an operator of online sportsbooks. They operated a number of sites that allowed players to make bets on a variety of sports and other events. This included FenGaming, EvenBet365, CBM Sport and other sites. While there are a number of Internet sports betting sites licensed in Malta, the Malta Gaming Authority tends to have a pretty good reputation. As such, they are very careful about associating themselves with any criminal activity, and this can easily be seen as why they have suspended so many licenses over this Italian mafia betting ring situation.

It's unclear what's going to happen in the future with this investigation of the 'Ndrangheta betting network. More licenses could be suspended since Malta seemed to be the licensing jurisdiction of choice for sites that have been associated with this group, but we haven't really seen a ton of information about the network as a whole yet, so we could be wrong on that assumption. Overall, it's a very interesting situation that has a lot of implications for regulation in other parts of the world.