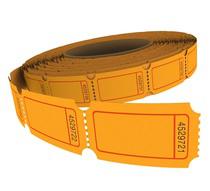 One of the complaints that many players have about online casino promotions is that they largely consist of plain bonuses that can become boring after a while. Too much of a good thing can make it seem less special, and that's exactly what's happened to reload bonuses and other similar deals in the online casino world. Along these lines, Rich Casino standing out during October by offering a break from the norm with something special that players can really get behind with the Sun City Raffle.

Win a Trip to South Africa

During the entire month of October, all of your deposits to Rich Casino will count towards raffle tickets. For every $100 total you deposit, you'll have one ticket for the raffle credited to your account. Once the month is up, a random drawing for all of the tickets will happen, and the lucky winner will be chosen. This is a really cool way to award tickets because it gives players an extra chance to win without having to do anything differently from how they would normally play at Rich Casino.

Details on the Prize Package

The lucky winner of the drawing will pick up a cool prize package for a trip to Sun City, South Africa. This package consists of everything that two people will need for the trip including a week's stay in a Presidential Suite at the Sun City hotel with a private jacuzzi on a balcony overlooking the city. This package also includes the flight back and forth, wherever you're from, and a number of other goodies in the city.

The Rich Casino approach to promotions can be seen in a major way with this raffle. It's all about two things. First, they want to give players a source of value that they don't really have to do anything special to be able to cash in on. In this case, all you have to do is deposit normally to receive raffle tickets. Second, they want to make sure that players are getting value through an interesting and atypical approach instead of just offering a string of bonuses that all seem the same and run together after a while without really standing out.