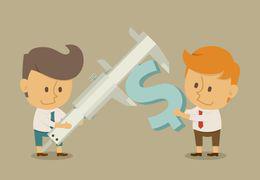 The summer is one of the times that online casino players often get in on the action a bit more than other times of the year, and that's partially because it's a good way to get out of the heat. However, it's also a good way to spend some of your free time while you're out on a vacation. During the summer months, BetVictor Casino is giving you a lot to look forward to with a set of four nice promotions that are coming up in the next several weeks, all of which can be played in the BetVictor mobile casino as well.

From Thursday, June 16 through Tuesday, June 21, players wil get a shot at some free money just for playing European roulette. For players who have GBP 20 wagered at this game, you'll get a GBP 5 free chip for betting on the Italy vs. ROI match. From there, you'll also win an extra GBP 5 bonus added to your casino account for every goal scored in the match. If it ends in a 0-0 tie, then you'll still walk away a winner since you'll automatically get a GBP 5 casino bonus anyway.

Next up is a promotion for the Football: Champions Cup video slot. Wager at least GBP 10 on that game from Wednesday, June 22 through Wednesday, June 29 to get a free GBP 5 chip to place on the quarter final match of Euro 2016 on June 30. You'll also get five free spins for every goal scored in the game with a five free spin minimum in the event of a 0-0 tie.

From Thursday, June 30 through Tuesday, July 5, you'll get the same kind of deal from wagering at least GBP 20 on European roulette or Realistic Blackjack for the July 6 semi-final match with a GBP 5 free bet on the match itself. You'll also pick up GBP 5 casino bonuses for every goal scored with a GBP 5 minimum.

Finally, from Wednesday, July 6 through Saturday, July 9, you'll have the same type of promotion on the Million Pound Goal slot with a GBP 10 minimum wager to qualify. The prize is the same as the other July promotion above, and it's set for the July 10 finals.