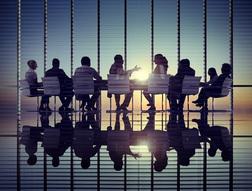 There are certain online casino portals that have gained a tremendous amount of popularity, this being one of them, and sometimes there are big business deals involving these portals that are important to the industry as a whole. AskGamblers.com, one of the most popular websites centered around the online casino industry, has been recently purchased by the company Catena Media for a total of €15 million in a move that's making waves in the online casino world.

This deal is going to happen in three stages. The first stage is a payment of €3 million upfront, and then an additional €8.25 million will be paid out when all of the assets for the company have been transferred over. The final €3.75 million is to be paid out six months after the end of the acquisition. This type of structuring is very common with business deals like these, and it's a pretty big deal because it's one of the largest purchases we've ever seen on the affiliate side of the online casino industry. We recall back in July 2014 when one of the biggest purchases was when Wizard of Odds was acquired by the Latest Casino Bonuses network for US$2,35 million.

Catena Media has been running since 2012, and they are focused on lead generation and marketing in the Internet gaming industry. They have about 100 employees total, or about 130 after the acquisition of AskGamblers.com, with the extra 30 being offered extended employment after the purchase. Their headquarters is in Malta, though they focus primarily on the UK, Finland, Norway, Sweden and Netherlands as their main markets. This works perfectly for them because AskGamblers.com's main audience is players from the United Kingdom.

Big Deals in the Industry

Many have speculated that 2016 could be the year of the major deal in the online gambling industry. After a huge year in 2014 with the Amaya purchase of the Rational Group and the numerous big mergers and acquisitions seen in 2015, it's clear that the business is evolving in response to the different types of regulatory bodies we've been seeing for the past several years with segregated markets and different guidelines to follow in different areas. As a result, strategic acquisitions are a bigger part of the game, and we're seeing this first-hand with all of the major business deals that have happened over the past 18 months.